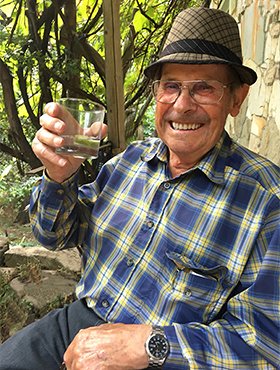 Born to parents, Berta and Ernst Boll, Kurt had two brothers, Martin and Erich. Kurt packed a lot into 92 years – navigating a challenging childhood, a World War, marriage, emigrating with his wife and infant son, starting over in a new country in a new language, fatherhood, grand fatherhood and widower hood, being an employer, neighbour and friend. Mostly life was very good, but sometimes it was hard and grim. Kurt survived and thrived. Kurt was a kind, loving and gentle man, and lived life with quiet determination, perseverance, creativity and humor.

Funeral Services will be held at McInnis & Holloway Chapel of the Bells, on Monday, July 26, 2021 at 2:00 p.m. Reception to follow. Condolences, memories, and photos can also be shared and viewed here.

Share Your Memory of
Kurt
Upload Your Memory View All Memories
Be the first to upload a memory!
Share A Memory
Send Flowers