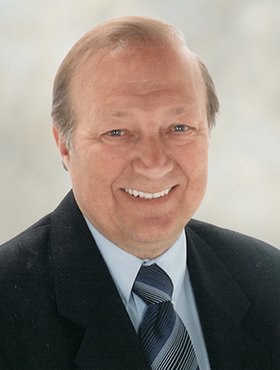 Henri Simoneau, beloved partner of Lisa Ann Whyte of Calgary, AB passed away on Saturday, July 24, 2021 at the age of 70 years.

Henri was born in McLennan, AB, on November 28, 1950 to Albert Simoneau and Marie Savard. He married Celine Fortier in 1972 and had six children (Henri, Michelle, Richard, Monique, Christine, and Catherine). In 1990, Henri and his family moved to Calgary, AB, where he remained until his passing.

He began his career as an accountant for Esso, but eventually obtained his education as an engineer, of which he experienced great success with the National Energy Board. He later became a mortgage broker and found pleasure in helping people obtain homes for themselves and families.

He joined Rotary Club, who collaborates with Homes for Hope in Mexico. Henri enthusiastically participated and made multiple trips with his grandchildren to build homes for those in need. Through Rotary, he also joined the Los Amigos Project, alongside other Rotary members. They drove firetrucks and handibuses to communities in Mexico that were without these services. Henri and his partner, Lisa, were also provided the opportunity through Rotary Club, as well as their connection with Full Soul, to travel to Uganda where they delivered maternity kits to two hospitals.  Henri was also a member of the Knights of Columbus for many years.

Henri accomplished much throughout his life and was particularly proud of his ability to aid those in need. His academic and professional achievements showed his determination and drive, a trait he has passed onto his children. His greatest success was his ability to connect family. He actively worked on the Simoneau genealogical chart and tracked down multiple members of his family tree. Through research and travel, he was able to meet and inform members of how large the family tree had grown.  From entire families to individual people, Henri endeavoured to show them they were interconnected. Family has always been Henri’s chief priority in life.

When Henri wasn’t outside or spending time with his family, he thrived in real estate and the many other business ventures that interested him. Henri enjoyed riding his Soft Tail Harley Davidson in honor of his brother, George, and could often be spotted giving his kids rides. He loved to work with his hands and put his mechanical skills to good use. He spoke fondly of the years when he hunted, and never lost his love of fishing, a hobby he shared with his children. Whether in the outdoors or in an office, Henri found joy and happiness in simple day to day tasks of life.

Henri was a champion of the “dad joke.” Whenever a family gathering took place, it was guaranteed that there would be an abundance of laughter and cheer, followed by hugs and words of love and adoration. In exhaustive states from laughter, Henri would often express his pride in his children and grandchildren as well as his gratitude for all he had in his life.

Those wishing to pay their respects may do so at McINNIS & HOLLOWAY (5008 Elbow Dr SW, Calgary, AB) on Friday, July 30, 2021 from 2:00 to 4:00 p.m. Please join us for a reception that will be held at Cardel Rec South: 333 Shawville Blvd SE, 100, Calgary AB T2Y4H3 from 6:00 p.m. - 10:00 p.m. on July 30, 2021 where snacks and drinks will be provided to continue our celebration of life for Henri. Family and friends who are unable to attend the 2:00 p.m. service at the funeral home in person are invited to join Henri’s Celebration of Life service streamed live (see below) on the day of the service. For those who are unable to view live, a recording of the service will be posted. Condolences, memories and photos may be shared and viewed on Henri Simoneau’s obituary at www.McInnisandHolloway.com.

If family and friends so desire, memorial tributes may be made, to Henri’s club, Fish Creek Rotary, through the Calgary Rotary Foundation, http://calgaryrotaryfoundation.ca/contribute/index.html.

If family and friends so desire, memorial tributes may be made, to Henri’s club, Fish Creek Rotary, through the Calgary Rotary Foundation, http://calgaryrotaryfoundation.ca/contribute/index.html.

Share Your Memory of
Henri
Upload Your Memory View All Memories
Be the first to upload a memory!
Share A Memory
Send Flowers