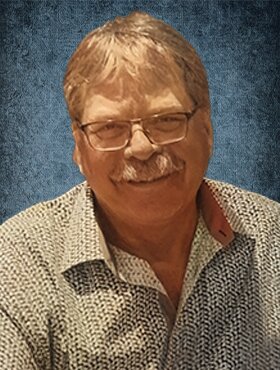 Terry Singer beloved husband of Linda Singer (nee Chalmers) of Calgary, AB, passed away on Saturday, October 30, 2021, at the age of 67 years.

Terry was raised in Calgary, AB.  He graduated from SAIT in the meat cutting trade and began his employment at Calgary Co-op as a Meat Cutter in June of 1982 and worked there until his retirement in November 2019 as a Centre Manager.  Terry loved his job, his fellow employees, and his customers.  Terry married Linda in May of 1979 and they went on to expand their family with a son and a daughter.  He later became a grandfather to four grandchildren that he absolutely adored.  Terry loved football. He played junior football in Calgary and enjoyed the sport by cheering on his favorite teams: the Calgary Stampeders and Minnesota Vikings. It was no secret that Terry also loved to fish and hunt.  He shared his love of the outdoors with family and friends as often as he could, and any free time he had was spent enjoying it in the mountains.  Terry also enjoyed going on vacations and camping trips with his family.  His love for fishing would often sneak its way into these trips.  He was a friend to anyone he would meet and always made sure everyone was looked after. Terry was an amazing husband, father, and grandfather. He will mostly be remembered for his love and dedication to his family, which will deeply be missed.

Besides his loving wife Linda, Terry is survived by his son and daughter-in-law, Cody and Richelle Singer; his daughter and son-in-law, Kelly and Jonathan Banks; and his four grandchildren, Madelyn, Logan, Jett, and Kenzie of Calgary, AB.  Terry is also survived by his mother Joan Singer of Calgary, AB; his sister and brother-in-law Janet and Daryl Davies of Blackie, AB; his brother Steven Singer of Coutts, AB; and his sister-in-law and brother in-law Valerie and Doug Schmaltz; as well as his nephews, nieces, cousins, and friends.  Terry was predeceased by his father Alexander Singer in 2008.

Funeral Services will be held at McINNIS & HOLLOWAY (Fish Creek, 14441 Bannister Road SE, Calgary, AB) on November 10, 2021, at 10:00am, with a reception to follow in the Hospitality Centre at the Funeral Home. Those attending will be asked to confirm one of the following, (A) COVID vaccination (date requested), OR (B) a negative COVID test (within 72 hours), OR (C) Medical exemption AND valid government identification (with name & date of birth) OR (D) Under 12 years of age. Condolences, memories, and photos may be viewed here.

If friends so desire, memorial tributes may be made directly to the Alberta Children’s Hospital Foundation, 28 Oki Drive NW, Calgary, AB, T3B 6A8, Telephone: (403) 955-8818, or at www.childrenshospital.ab.ca.