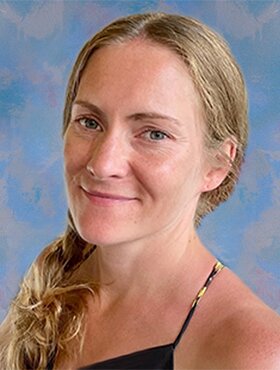 Lauren Patricia Friskie, beloved wife of Garrett Friskie of Cochrane, AB, passed away on Friday, November 19, 2021 at the age of 37 years.

Lauren was born in Calgary on October 28, 1984. Lauren married Garrett in 2012 and they were blessed with their sons Hunter Joel in 2016 and Clayton Brian in 2018. Lauren was a loving dedicated mother and devoted her life to the happiness of her family.

Growing up Lauren graduated from Lester B. Pearson High School. Lauren had a love for equestrian, competing and winning multiple first place ribbons. Outside of the ring she rode western on her favorite horse Stepper at their family friend’s ranch.

As an adult Lauren loved to travel, her destinations of choice being Mexico to ‘float in the sea’ and Las Vegas where nothing brought her more excitement than screaming for “Hard 8’s!” her favorite number, at the craps table. For her 30th birthday she went to Disneyland and took pictures with “the Princesses” not once, but two days in a row so she could change outfits into something cuter.  She started golfing on a whim in 2013 and in her opinion was immediately was ready to join the LPGA tour. It became a favorite pastime of Lauren and she was a proud member of the Cochrane Golf Club. Nobody could have guessed the amount power that little body could generate with her driver.

Along with camping in the mountains, road trips to Drayton Valley to spend time with her closest friend, shooting pool, or accompanying her brother-in-law Joel to watch the Flames, Lauren could otherwise be found tending to her sunflowers, roses and cactus ‘Spike’ in the garden or soaking for hours in the tub watching endless true crime documentaries on Netflix. In her professional life Lauren graduated from CDI College and worked as a law clerk. She thrived off the energy of downtown Calgary. She loved being a part of the big transactions and always took pride in her work.

A Private Family Service will be held. Condolences, memories, and photos may be shared and viewed on Lauren’s obituary at www.McInnisandHolloway.com.

Share Your Memory of
Lauren
Upload Your Memory View All Memories
Be the first to upload a memory!
Share A Memory
Send Flowers