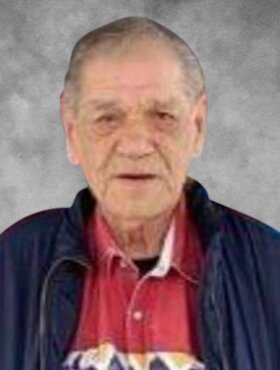 It is with great sadness we announce the peaceful passing of respective elder, Thomas Heavenfire of Tsuut’ina Nation, AB, on Sunday, November 21, 2021, at the age of 79 years old at his home surrounded by his loved ones.

Thomas “Tommy” Heavenfire was born on the Tsuut’ina Nation on June 23, 1942. He was the first son of the late Christine Heavenfire (nee Boucher), who was from Onion Lake, SK, and part of the Waskewitch Family Tree and the late George Heavenfire of the Tsuut’ina Nation. Thomas had a twin brother who passed away when they were infants whose name was Joseph. When Tommy was a toddler, he was adopted and raised by the “old man,” the late David Onespot, and the “old lady,” Bessie, whom was a Tsuut’ina Knowledge holder and taught him the Tsuut’ina language, culture, customs, and traditions.

Tommy will be remembered by his great sense of humour and how he would always be joking around. Sometimes he was serious, but Tommy would often turn conversations around with laughter and silly jokes. He loved to share stories and teachings and passed down this knowledge to many people throughout his lifetime.  He was a fluent Tsuut’ina Speaker and knew how to speak Cree and Blackfoot. In the last fifteen years of his life, he dedicated his time and teachings with the Gunaha Institute and mentored many throughout his lifetime to keep the Tsuut’ina language alive.  He also was a language teacher at the Chilla Elementary school in the 90’s. Thomas was known throughout his life as having a hard work ethic and held many careers, including: rancher, bus driver, construction laborer, lumberjack, police officer, addictions counsellor, and culture and language teacher. He also coached hockey and other extra-curricular activities such as skiing.

Thomas loved to travel and went to many ceremonies, feasts and sundances, and conducted a lot of the naming ceremonies for individuals throughout his years. He loved his pow wows and round dances and attended many throughout his years. He was a Pipecarrier. One of the things he would be most remembered for is being a Master of Ceremonies (MC) for many events, such as the Tsuut’ina Annual Pow-Wow and Celebrations.  You often would hear his voice waking up the camp and telling his crazy jokes. A proud moment that Tommy had the opportunity to experience was when the Honorable Prime Minister Justin Trudeau received his head dress transfer from the Tsuut’ina Nation.  Tommy was the one who put the war bonnet on his head and was part of his name calling ceremony.

When he wasn’t at a pow wow, Tommy loved to socialize. His favourite place to go would be the Grey Eagle Casino, where he could often be found playing his favourite slots. He was also a proud Calgary Flames and Stampeders fan, who never missed a game and enjoyed watching them on TV.  He was also very much into his wrestling and would watch WWF and even attended stampede wrestling events.  He also enjoyed chilling on his armchair at home and watching his old-time movies. Tommy sure loved his food. His favourite foods were boiled meat, bologna, berries, and Chinese food. Another thing Tommy will always be remembered for is his love for all his family and community. He really loved animals, especially dogs and his favourite dog “Max”, who greatly misses him.

In early 2020, his one and only daughter, who he loved greatly was called by Creator and left to the spirit world.  He missed her dearly every day.  He most recently also lost two grandsons, Jacob and Talon. His granddaughters, the “Twins,” Alison and Angela meant a lot to him, and he lived beside them both and they will miss him a lot. He will be truly missed by all that loved him and whom he shared time, stories, and knowledge with.

Wake will be held at the residence of Thomas Heavenfire at 97 Big Plume Road, Tsuut’ina Alberta on Tuesday November 23, 2021, and Wednesday November 24, 2021.

Funeral Service will be held at Bullhead Community Hall on Thursday, November 25, 2021, at 10:00 a.m. Graveside Service to follow at Tsuut’ina Cemetery (Tsuut’ina Nation, AB). Drive through traditional feast immediately following graveside at Bullhead Hall. Condolences, memories, and photos may be shared and viewed on Tommy’s obituary at here.

The family would like to thank the Tsuut’ina Health Centre Home Care team, Focus On Care team, and all of those who have supported the family during this difficult time.

Share Your Memory of
Tommy
Upload Your Memory View All Memories
Be the first to upload a memory!