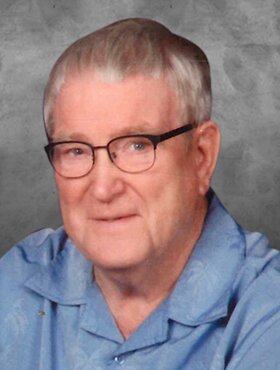 There were many facets to Frank’s life. As a proud Newfoundlander, he grew up independent, inventive, and hardworking. Frank gave 35 years of service to his country as a member of the Royal Canadian Air Force, where he achieved the rank of Chief Warrant Officer. He became a proud member of the Masonic movement in 1972 in Baden-Baden, Germany, and joined Al Azhar Shrine in 1994 and started clowning around as Tinker the Shrine Clown to help raise funds for the Shrine Children’s Hospitals. Square dancing, world and RV traveling, gardening, and spending winters in Arizona were other pastimes he enjoyed with his wife Audrey. Frank was a member of Mosaic Lodge 176 in Calgary.

Frank was a good, faithful man who loved his family and helped people whenever he could.  He will be missed.

A Celebration of Frank’s Life will be held at McInnis & Holloway (Fish Creek, 14441 Bannister Road SE, Calgary, AB) on Saturday, May 28, 2022 at 2:00 p.m. Reception to follow in the Hospitality Centre at the Funeral Home. For those who are unable to attend in person, a recording of the service will be posted below the following day. Condolences, memories and photos may be shared and viewed here. If friends so desire, memorial tributes may be made directly to the Shriner’s Hospital For Children, 5225 – 101ST St. N.W., Calgary, AB T3L 1S4, Telephone: (403) 239-0030.

Thank you to the Colonel Belcher, Long Term Care, Atlantic unit nursing staff for the caring way they looked after Frank.

Share Your Memory of
Francis
Upload Your Memory View All Memories
Be the first to upload a memory!
Share A Memory
Send Flowers