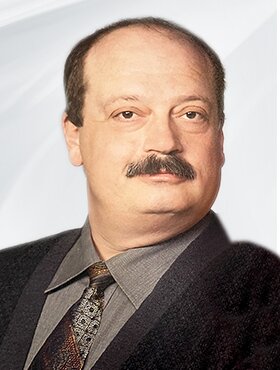 Emilio Di Gaeta born September 4, 1958, in Monteforte Irpino, Avellino, Italy, passed away on Wednesday, January 5, 2022, at the age of 63, he was a beloved husband, father, father-in-law, and dear Nonno.

Emilio immigrated to Calgary, Alberta, Canada in 1962, at the age of three with his family. He graduated from Saint Francis High School in Calgary, AB, in 1976. After graduating high school, he had dreams of becoming a fighter pilot, but he decided realistically, he wanted to be a part of the Italian Supermarket purchased by his parents in 1972. As a young boy he had already been assisting in the day-to-day operations. Emilio carried on the business throughout his adult life. His loyalty to his mother and father, his love for the business and towards his customers and loyal patrons, who had become friends, was one of his many successful accomplishments. Emilio married Lina in 1986, and soon welcomed their first-born, Giuseppe in 1987. In 1989, Emilio and Lina purchased their pasta company Delizia’s Pasta together. Shortly after, they welcomed their second son Marco in 1990. Emilio shared a love and passion of formula one racing with his family. His other interests were war history, geography, anthropology, his beloved Calgary Flames, and building model airplanes with his grandson, Fiorentino. He also enjoyed taking his family on numerous short, but valuable vacations. His greatest love of hobbies was his automotive collection, that evolved numerous times over the years.

He will be dearly missed by the people who loved him.

Relatives and friends are invited to Prayers and Tributes at McInnis & Holloway (Chapel of The Bells, 2720 Centre Street North, Calgary, AB) on Wednesday, January 12, 2022, at 7:30 p.m.

Share Your Memory of
Emilio
Upload Your Memory View All Memories
Be the first to upload a memory!