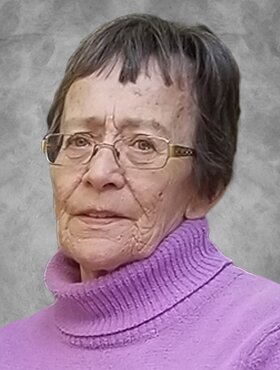 Bonnie Papp, beloved wife of Leslie Papp, of Calgary, AB, passed away suddenly on Saturday, January 8, 2022, at the age of 76 years.

Bonnie was born in Calgary, AB, on April 25, 1945, and married Les Papp on April 24, 1964, in Calgary. Together they started building a life, raising their two children, Liz and Rick. Bonnie was a stay-at-home mom to Liz and Rick, until she completed her Library Technician Certificate, after which she was employed by the Calgary Board of Education (CBE). She spent twenty years with the CBE until her retirement and then worked another fifteen years as a Sales Associate for Walmart.

Bonnie was “the rock” for her whole family. She was the first one to step-in and help with whatever needed to be done, with no hesitation. She will be most remembered for her love and commitment to her family.

Bonnie is also survived by her brother and two sisters-in-law, Dan and Verna Staples, and Val Staples; sister and brother-in-law, Twylla and Jose Rodrigo; and her very special cousin Arden Dubnewick; as well as several nieces, nephews, cousins, and friends.

Bonnie was predeceased by her youngest brother Bill (William) Staples.

In honour of Bonnie’s wishes, there will only be a small family gathering held. Condolences, memories, and photos can also be shared and viewed here. If friends so desire, memorial tributes may be made directly to The Calgary Humane Society, 4455 – 110th Avenue S.E., Calgary, AB  T2C 2T7, Telephone: (403)205-4455, www.calgaryhumane.ca, or to Parachutes for Pets at www.canadahelps.org/en/charities/parachutes-for-pets/.

The family would like to thank the paramedics, doctors and nurses in Emergency and ICU at the Foothills Hospital for the care she received while there.

Share Your Memory of
Bonnie
Upload Your Memory View All Memories
Be the first to upload a memory!