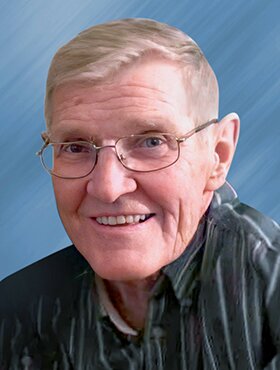 Frederick Powell, husband of Patricia Powell (nee Simkin), of Calgary, AB, passed away on Saturday, January 8, 2022, at the age of 82 years.

Frederick (known to all by Fred) was born in Liverpool, England on November 3, 1939. He and his wife moved to Canada in 1966.  Fred was well liked by all who met him. He was very charismatic with a great wit and sense of humour. His “dad jokes” are referred to as “Fredisms” by his family.  Fred was an avid Liverpool football fan. He was very competitive and athletic in his youth and enjoyed keeping in shape. He also loved playing darts in the pub and challenging people to a game of chess. Fred was a very strong and courageous man. He was a fighter.

Besides his loving wife Pat, Fred is survived by his daughters Karen, Debbie (Wade) and son Steve; and his grandchildren Britney, Jasmine, Colby, and Sienna. He will be deeply missed by his sister Eileen; and brothers Tom (Dot), and Alan (Shelagh); as well as his nieces and nephews Helena, Ze, Tracey, Cheryl, Pamela, Jenn, and Alan.

Share Your Memory of
Frederick
Upload Your Memory View All Memories
Be the first to upload a memory!
Share A Memory
Send Flowers