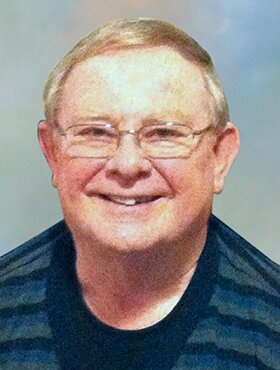 William “Willie” McQueen Murray, beloved husband of Betty of  58 years, passed peacefully into Heaven, surrounded by family, on Monday, January 10, 2022, at the age of 80 years after a courageous battle with Dementia.

Willie was born in Glasgow, Scotland, on March 4, 1941. He was raised largely by his father following the loss of his mother and baby sister.  As a young boy, many of Willie’s memorable stories come from those early years with his brother George. When he was a teenager, Willie was selected and played for Scotland at an international level, where he was honoured by ‘being Capped’.  Willie attended Govan High School and then graduated from the Glasgow Bible Training Institute in 1963.  He then began his life of ministry, sharing all over the world about his Lord and Saviour, Jesus Christ.

At the age of 14 Willie met Betty. They were married in June of 1963 in Glasgow, Scotland, and began their ministry with the European Christian Mission.  In 1970 the family made what was to be a temporary move to Calgary, Alberta, Canada to establish an office for ECM in North America.  Willie travelled extensively during the following years, preaching in churches and leading evangelistic crusades in Western Canada, mentoring young people heading into ministry, and travelling all over Europe, including behind the Iron Curtain to support those living there.

In 1979 Willie joined the staff at First Alliance Church as the Associate Pastor and began his time with the Christian & Missionary Alliance.  In 1986 he was ‘officially on loan’ by the C&MA to Venture Teams International for the next 3 years.  In 1989 he then became the Lead Pastor at Tsawwassen Alliance Church in BC, and would serve there for the next 16 years.   During these years he had a column in the local newspaper called the ‘Murray Minute’ which touched the lives of many people.   In 2008 Willie was asked to be the Interim Senior Pastor at Leeward Community Church on the island of Oahu, Hawaii.

Willie loved many things:  soccer – specifically the Rangers Football Club.  He was a great all-round sport enthusiast!   He loved to read, write, listen to music, and also had a love for history. He was a passionate storyteller, both verbally and in writing.   He loved to travel, and he loved to preach and share the Good News of Jesus.  He loved his homeland of Scotland, and also travelled to many countries including Australia, the Philippines, and most of Europe.  His favourite vacation spot was Hawaii.   He loved his wife, his children, grandchildren and great-grandchildren.  And he deeply loved his Saviour.

One of his favourite scripture verses was: "May the God of hope fill you with all joy and peace as you trust in him, so that you may overflow with hope by the power of the Holy Spirit." Romans 15:13.

Willie will be most remembered for his love for Jesus and for all of his family, as well as his warmth, vitality, sense of humour, his big smile and infectious laugh.

If friends so desire, memorial tributes in Willie’s name may be made to European Christian Mission NA and Canadian Bible Society. The family wishes to thank the staff of Cedar Villas Extendicare for the excellent care Willie received during his short stay.

A private family burial will be taking place. Funeral Services will be held at Foothills Alliance Church (333 Edgepark Blvd NW Calgary) on Wednesday January 26, 2022, starting at 2:00 pm.  Reception to follow.   Those attending will be asked to provide valid government identification (with name and date of birth) AND confirm one of the following: (A) Provincial vaccine record with QR code (paper or digital); OR (B) negative COVID test (within 72 hours); or (C) valid medical exemption (signed letter); or (D) under 12 years of age.  Please watch social media for a live stream link that will be provided to Family and Friends who are unable to attend in person.

Share Your Memory of
William (Willie)
Upload Your Memory View All Memories
Be the first to upload a memory!
Share A Memory
Send Flowers