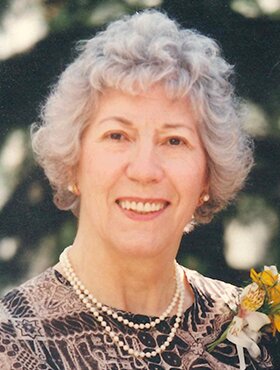 It is with great sadness that we mourn the loss of Lorette Hambly of Calgary, AB, on Monday, January 10, 2022 at the age of 90 years.

Lorette was born in St. Paul, Alberta on July 15, 1931. She moved to Calgary as a young woman to start a career with the federal government and later as a teller with various banks. Lorette married Roger Hambly in 1959 and enjoyed 49 years of marriage. From an early age she loved to curl and golf and in her later years she enjoyed gathering with friends to play cards. Spending time with her grandchildren always brought joy.

A Celebration of Lorette’s Life will be held in Calgary in the spring. If friends so desire, memorial tributes may be made directly to The Alzheimer Society or to a charity of the donor’s choice.

Share Your Memory of
Lorette
Upload Your Memory View All Memories
Be the first to upload a memory!