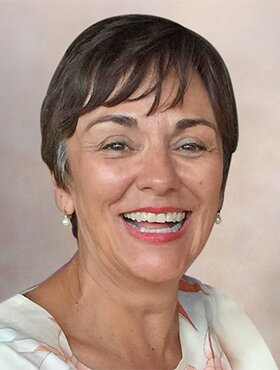 This is just one story.  It is not the end story.  There will be many more.  Stories that will be recounted, cherished, embellished, laughed over and revisited.  For these are the stories of a remarkable woman.

There will be stories about her beginning years.  Pat was born February 19, 1951 in Flin Flon, Manitoba and eventually made her way with her family to Winnipeg and finally to Calgary. Her character was forged by her parents, her fortitude perhaps from her father, Marc, who spent six years throughout World War 2 battling with the 8th Recce Regiment. Her unconquerable spirit undoubtedly gifted by her mother, the indomitable Flavia with her own rich history in Duck Lake, Saskatchewan and her proud indigenous heritage. Then there were the fabled escapades with her sister, Jackie, the teen years, the joy rides, the dating.  There were the stories of childhood friends bonded forever, the school years at St. Mary’s Girls School and Pat’s subsequent mastery of the art of Catholic guilt.

There will be stories about her career.  Pat graduated from the University of Alberta with her L.L.B. in 1974 and was called to the Bar in 1975. She received her Queen’s Counsel designation  in 1996. Pat was a past president of the Calgary Bar Association and the Association of Women Lawyers, receiving a special award in 2012 from AWL for leadership in the community. She worked with several prestigious law firms in Calgary until she recognized the fire within and became a founding member of her own firm, Daunais, McKay & Harms in 2003. Her intelligence was indisputable, but it was her wisdom that made her exceptional.  Solomonic in her dealings with both clients and colleagues, Pat elevated her practice with both civility and judgement.

There will be stories about her resilience.  She once ran for the Social Credit Party.  She was a lifelong, card-carrying member of the Liberal Party in the province of Alberta.  That says it all.

There will be stories about her adventures – and there were many.  Scuba diving in Mexico, river cruising on the Mekong in Vietnam, houseboating on the Loire – and those were just some of the adventures.  Pat visited almost every capitol in Europe. Her travels took her to the Galapagos, Machu Picchu, Myanmar and Bhutan. She threw in an African safari, an excursion to Borneo to see the orangutans and a few hundred kilometres on a couple of Caminos. She could dress for a formal dinner at the Jules Verne in the Eiffel Tower or wash out the same travel shirt every night on a trek through the Amazon. Such was her zest for life and her appreciation of the gifts this world gave her.

There will be stories about her friendships. Too many to name - work friends, bridge partners, golf buddies. There were friends who were also family, her sister Jackie Janis (Bob), her beloved nieces, Jocelyn and Janelle and nephew Jarret . Also, Keith’s brother Bill (Di), his sister Jean (Steve) and their children Cathy, Jen, Tania and Andrew. However you met Pat, once you entered into the friendship circle with her, you were golden.  You knew you would be cherished, nurtured and celebrated every day going forward.

There will, of course, be stories about her children. By her own admission, Pat gave birth to three miracles. Her characteristic modesty was non-existent when it came to her kids.  She was their protector, their nurse, their teacher but most importantly, she was their champion. And she produced good people – they are kind, loving, strong and a testament to their mother’s love. Ashley Drummond (Mike) and Marki Sveen (Sid) live in Vancouver.  Ashley is also the producer of Pat’s two mini miracles, Kyle and Liam.  Keelan Brown and his new bride Jaimie live in London.

And finally, there will be stories of her sweetheart, her soul mate, her Keith. She kissed the cod and married this Newfoundlander in Corner Brook in 1986 and thus began their 36 year love affair.  It was a marriage of mutual admiration, respect and tenderness.  They raised each other up.  Simply put, Keith adored his Patsy – still does.

Presently, we are broken-hearted and words fail us. But we cannot let grief overwhelm us.  We must find our words again for Pat because there are more stories to tell.

And who knows – somewhere beyond our understanding, another chapter of another story is being written for Pat right now.

A Celebration of Pat’s Life is tentatively being planned for August and details will be announced closer to the date.