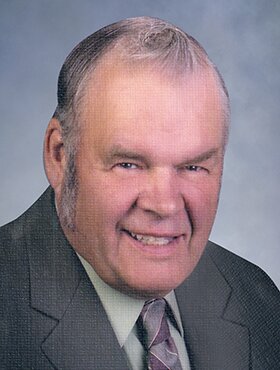 Robert Kuechle, beloved husband of Rose Kuechle (nee Perrault), of Beiseker, AB, passed away on Thursday, April 7, 2022 at the age of 80 years.

Robert was born in Humbolt, SK, on January 31, 1942. Robert married Rose in 1967 and they traveled for work before settling down in Calgary to raise their children, and later settling in Beiseker, over 25 years ago. He was a member of the Knights of Columbus and Lions Club International. Robert was a hard worker and was proud of his over 45 years working in the oil patch. He had a passion for camping with his family and tractor pulls.

Robert is survived by his children, Brigette Kuechle (Al), Paula Bieniak (Rick), Kevin Kuechle (Dawn) and his two grandsons, Riley and Reese Kuechle, all from Calgary. Robert is also survived by his siblings Bernard Kuechle (Caroline), Armela Moring, Loretta Larouche (Marcel) and Danny Kuechle (Tania). Robert was predeceased by his parents Henry and Lena Kuechle, as well as his brother-in-law, Howard Moring.

The family would like to thank AgeCare Skypointe Hospice for all their compassion and care for Bob.