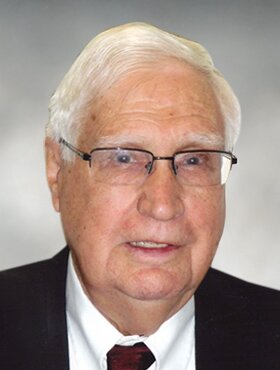 Nick was born in The Netherlands on February 25, 1938. He was the sixth of eight children. His family immigrated to Ontario in 1952 and he graduated from Queen’s University in 1960 with a BSC in Mechanical Engineering, and the University of Western Ontario in 1965 with an MBA. It was at Western that he met his wife, Nancy.

Besides his loving wife of 55 years, Nick is survived by his daughter Susan, son David (Tracey); and his sisters, Margaret (Henry) and Ann (Piet), as well as his brother Ben (Catherine).  He was predeceased by his parents, Johannes and Margareta; sisters, Corrie (Alvin) and Tine (Henk); brothers, Tony (Lee) and John (Joan).

A Celebration of Nick’s Life will be held at a later date. Condolences, memories, and photos may be shared and viewed here.

The family would like to thank the Emergency staff at South Campus Hospital for their kindness and care – especially Mary Ann, R.N.

Share Your Memory of
Nicolaas
Upload Your Memory View All Memories
Be the first to upload a memory!
Share A Memory
Send Flowers