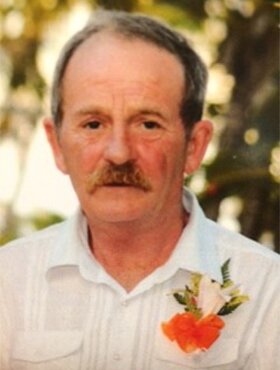 Vernie Swan, beloved husband of Brenda Swan (nee Moran), of Calgary, AB, passed away Monday, April 19, 2022, after a lengthy battle with dementia at the age of 70.

Vern was born in Tatamagouche, N.S., on April 24, 1951. He moved to Calgary in 1978 where he worked with his brother. He then went to work for Volker Stevin in 1983/1984, where he worked for 37 years until he retired. Vern married Brenda on March 9, 1985. He was a member of the Moose Lodge where he held the position of Governor for several years. Vern accomplished much through his life and was particularly proud of his family, friends, and the work he did. He was always helping someone with something and could never say “no”. Vern enjoyed curling, and camping, especially when his grandkids were around, and he loved to make you laugh. He always had a joke or trick to impress you with. He will be most remembered for his love, kindness, and gentle heart. He loved to bring people together with an East Coast flare, lots of lobster, and laughter. Vern never finished a telephone conversation with “goodbye” he would just hang up on you, and that was because he didn’t believe in goodbyes.

Share Your Memory of
Vern
Upload Your Memory View All Memories
Be the first to upload a memory!
Share A Memory
Send Flowers