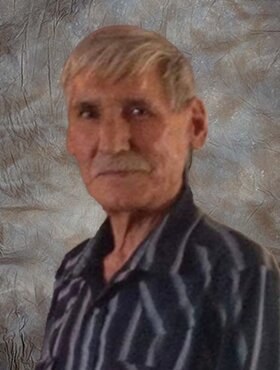 Obituary of John Wilbert Many Wounds

It is with deep sorrow and much love that we mourn the passing of John Wilbert Many Wounds of Tsuut'ina, AB in the comfort of his home surrounded by his loved ones on Sunday, April 24, 2022 at the age of 72 years.

In the early ages of his childhood, his mother taught him the ways of the land and how to thrive living off it. John killed his first deer for him and his mom when he was eight years old.

John was an all-around athlete and participated in many sports that gave him the opportunity to travel across Canada to compete. He was an undefeated, elite Golden Gloves boxer and went to Quebec to play hockey representing Tsuut’ina. John was a very competitive all-around cowboy from steer riding, bull-riding, team roping and steer Wrestling, and later, he became a proud owner of his own self-built ranch where he raised horses and cattle.

John was a jack of all trades. He was a carpenter in his early adulthood, he built homes in the mid/late 70’s with Sarcee Builders up until he became his own boss in 1981 where he taught himself how to shift 18 gears then purchased his own gravel truck. His business always thrived as he was dedicated to supporting his wife and children and afterward his grandchildren and great-grandchildren. His baby Anne was with him almost everyday of their lives. He soon passed on his business knowledge to her, and she eventually took over his business.

John was a loving husband, father, grandfather, great-grandfather, brother, uncle, and friend. His demeaner was to protect his family and all whom he loved and cared for, and they all knew they can depend on him for anything. He was a great mentor to a lot who learned from him.

Funeral Mass will be celebrated at Our Lady Queen of Peace Church on Friday, April 29 at 11:00 a.m. Graveside Service to follow at Tsuut’ina Cemetery (Tsuut’ina Nation, AB). A Traditional Feast will be held at Bullhead Hall (Tsuut’ina Nation, AB) immediately following the graveside. Condolences, memories, and photos may be shared and viewed here.

We would like to thank all his loving, and caring medical care team, Dr. Soin and his Pharmacy whom he took as brother and sister, Haviz and Jasmine and Rahu.