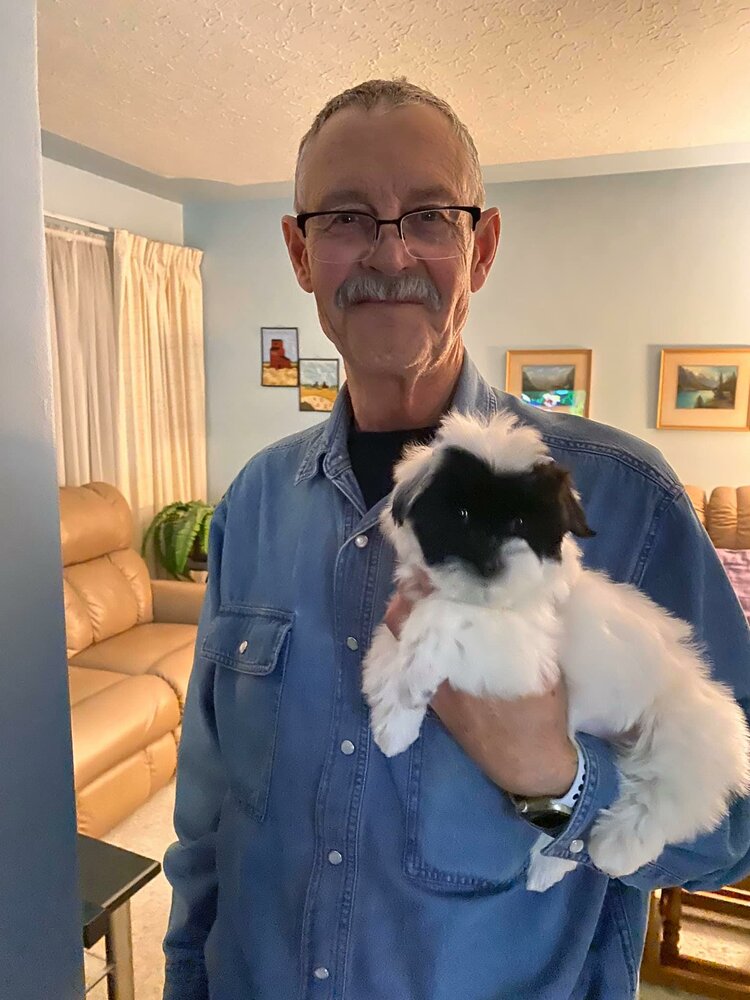 Terrance “Terry” Dirks of Calgary, AB, passed away peacefully on Sunday, April 24, 2022, at the age of 71, after suffering a stroke.

Terry was born in Biggar, Saskatchewan, the youngest of four children. After moving to Alberta, he worked in Seismic, and later started his career as a Sign Service and Installation Technician. Terry’s greatest joys were his three young grandchildren and his little dog, Sweetpea.

Terry is survived by his two children, Darcy Dirks (Sarah McKinnon) of Calgary, and Meghan (Peter) Klassen of Cochrane; as well as his three grandchildren, Jax Dirks, Madilynn Klassen, and Celeste Klassen. Terry was predeceased by his wife, Holly in 2019.

A Celebration of Terry’s Life will be held on, Thursday, May 12, 2022, at 1:30 p.m. Family and friends who are unable to attend in person are invited to join Mr. Dirks’ service streamed live (see below) on the day of the service. For those who are unable to view live, a recording of the service will be posted. Condolences, memories, and photos can also be shared and viewed here.

If friends so desire, memorial tributes may be made to the Make-A-Wish Foundation or another charity of your choosing.

The family would like to thank Terry’s care team from Units 111 and 112 at the Foothills Medical Centre.