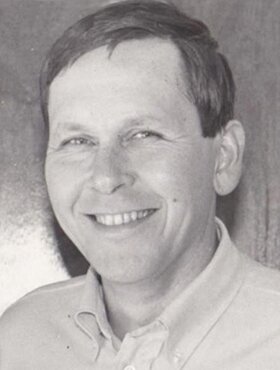 Clayton, “Clay” to his family and friends, was born in Port Arthur, ON on December 3, 1945. Clay grew up in Florida and attended the University of South Florida, where he studied toward a degree in Zoology. He moved back to Canada (Toronto) in 1967, married Alice, and discovered a passion for restoring neglected houses and turning them into homes. Clay was an antique dealer and through his love of heritage craftsmanship grew to become a gifted furniture maker, expert woodworker and furniture restorer. Clay loved music, art, and was a talented photographer, an avid reader and collector of books.

Clay accomplished much through his life and was particularly proud of restoring his home in Aylesford, NS, where he lived with his family until 1988. Clay also loved the time he spent working with disabled adults at The Beehive Learning Center in Aylesford. He was known for his wry sense of humor, an ability to roll a perfect cigarette, and stellar cider brewing skills.

A Celebration of Clay’s Life with his family and friends will be held in his beloved Nova Scotia at a later date. Condolences, memories, and photos can also be shared and viewed here.

Share Your Memory of
Clayton (Clay)
Upload Your Memory View All Memories
Be the first to upload a memory!
Share A Memory
Send Flowers