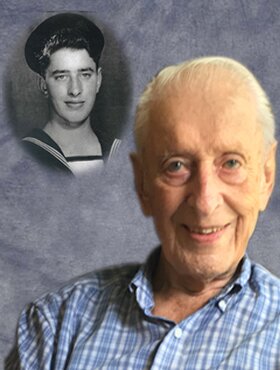 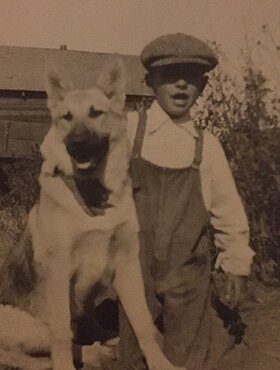 Gordon was born in Gleichen, AB, on July 7, 1926. He lived on the family farm until his father passed away in 1939 and then he moved to Calgary, AB, with his mother and two sisters. He attended Balmoral school in Calgary and at age seventeen he enlisted in the Navy and served for nearly two years.  After returning to Calgary, he met the love of life, Mary Shushack (lovingly known as Boots).  Gord married Mary on May 31, 1947. They happily celebrated their 70th wedding anniversary before Mary’s passing.

Gordon wore many hats, starting as a grain farmer and ending his many careers as a real estate agent before retiring. Dad and mom spent many years at Carefree Resort and during that time made many special friendships.

Funeral Services will be held at McInnis & Holloway (Chapel of The Bells, 2720 Centre Street North, Calgary, AB), on Saturday, May 7, 2022, at 10:00 a.m. Reception to follow in the Hospitality Centre at the Funeral Home. Condolences, memories, and photos may be shared and viewed here.