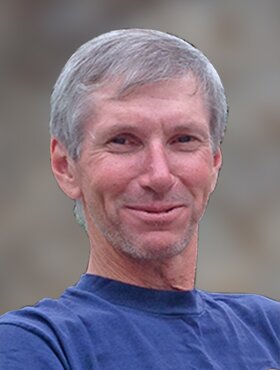 Donald (Donnie) Johnson was born February 20, 1961, in Edmonton, AB, where he resided until moving to Calgary in 1974. In his early working career, Don spent many summers surveying the rebuild of the Alaska highway. He came away with a passion for the Yukon and Alaska and kept threatening to build a place on Teslin Lake. In the winter months, he taught himself to build houses from the ground up, do renovations and craft unique furniture. Don also had an interest in helicopters - so much so that he went to flight school and became a helicopter pilot. Ultimately, his carpentry and cabinet building skills developed to the point where he was in demand on a full-time basis. All his work came from referrals, including the backlog he left with his sudden passing.

Don will also be remembered for his passion of farming and hunting. He went to Saskatchewan for years to help on the Germsheid family farm with the seeding, harvesting, pickling or anything else that needed doing. He loved the farming life and later bought a piece of Saskatchewan as his own. When he wasn't busy, he did the circuit of relatives in SK from Prince Albert to Biggar to Handel.

Don was a skilled hunter and hunted throughout Saskatchewan, Alberta, the Yukon, and Alaska. Up in the morning, working all day in the shop, on a job site, in the field or hunting was his calling and he derived immense joy in pursuing these activities. Don was recently compiling pictures of old farmyards and buildings which he intended to put together in a book which we will now have to help him finish.

Don's passing was sudden and unexpected, we will all miss him greatly.

He is survived by his loving mother Doreen, brothers, Sandy (Marlene), Greg (Angie), Bob (Suzy), and Dale (Pat); and many nephews and nieces. As well, Don had a long list of 'Saskatchewan' aunts, uncles, cousins, and friends who were very significant in his life. Don was predeceased by his brother Perry, and father Shirley.

A Celebration of Life will be held at McInnis & Holloway (Crowfoot, 82 Crowfoot Circle NW, Calgary, AB), on Monday, June 6, 2022 at 2:00 p.m. Family and friends who are unable to attend in person are invited to join Mr. Johnson’s service streamed live (see below) on the day of the service. For those who are unable to view live, a recording of the service will be posted. Condolences, memories, and photos can also be shared and viewed here.