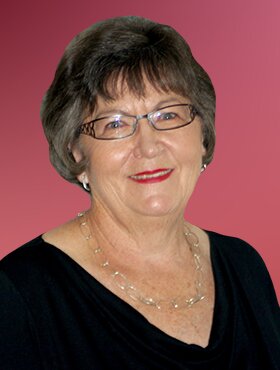 Janet accomplished much through her life and was particularly proud of her career at the Calgary Airport Authority as Executive Assistant to the Chairman of the Board. Her love of her family was first and foremost. She was also an avid reader, baker, gardener and an amazing cook.

Janet will be lovingly remembered by her husband of 52 years, Ed, her son, Bill and grandson Jordan. She is also survived by her two sisters, Victoria (Alexander) Jenkins and Carrol Henry; her nephews, Craig, Derek (Jackie) Jenkins, and John (Lorena) Henry. Janet was predeceased by her parents, Rose and Dan Kolewaski; and brother-in-law John Henry.

Funeral Services will be held at McInnis & Holloway (Park Memorial, 5008 Elbow Drive SW, Calgary, AB) on Monday, May 16, 2022 at 2:00 p.m. Condolences, memories, and photos can also be shared and viewed here.

Share Your Memory of
Janet
Upload Your Memory View All Memories
Be the first to upload a memory!
Share A Memory