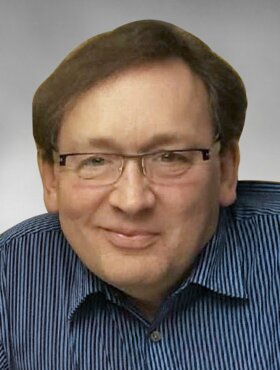 Michael was born in Stettler, AB on December 30, 1957, to Donald Parker and Geneva Parker (Kerbes). As a child, Michael’s family moved across Canada and the United States until settling in Calgary, AB in 1963. He attended school in Calgary, AB and was a strong athlete through junior high and senior high school. Michael, his brother, and his sister also enjoyed their childhood with their grandparents and large group of aunts, uncles, and cousins near Big Valley, AB. After high school, Michael spent years travelling and studying languages and humanities in Calgary, Montreal, Toronto, Italy, and Croatia, as well as throughout western and eastern Europe. While studying at the University of Calgary, Michael made many life-long friends. In 1984, Michael married into an Italian family and embraced the love, bonds, and traditions this brought to his life. Michael’s first son, Stefan, was born in 1993, and his second son, Nicolas, was born in 1995. He loved his sons deeply, and ceaselessly encouraged them to embrace their joys and their passions. He helped them to discover music, writing, food, adventure and to seek the beauty of life. In 2000, Michael’s daughter Elisabetta was born in Stuttgart, Germany, where Michael spent several years working and teaching. In the years he spent raising Elisabetta, he shared with her his unique humor and energy for life. He loved his daughter immensely, and stayed near to her through music, literature, and a shared talent for speaking many languages. He remained forever grateful to his brother, Don, his sister, Joanne, and his mother for the time they spent with his sons in Calgary, AB, and for the time he spent with Elisabetta. His love for his family was not bound by time or distance, and he took every opportunity to share his love, his creativity, and his joy with his children. When Michael re-settled in Calgary, AB he worked teaching communication skills and English. He continued to write and play music, made his home in the most beautiful parts of the city by living along the Bow and the Elbow rivers, and took the scenic route to wherever he was heading. He loved sharing meals with his family – especially those that were beautifully prepared by Nicolas. Michael was also gifted by the love and companionship of his partner, Elwira, and her daughter, Hania, whom he loved and cherished deeply. He found great happiness in being with and writing to his family, even as his health declined, and continued to be a pillar of strength, compassion, encouragement, laughter, and generosity. In all things, Michael was a friend and a confidant, a source of laughter and light, and an advocate for truth and authenticity. He knew that life, however difficult, was to be enjoyed to its fullest and helped those dearest to him to do so. He loved bravely and found “a blaze of light in every word”.

Michael John Parker is survived by his three children, Stefan Parker, Nicolas Parker and Elisabetta Parker. He is also survived by his siblings, Donald Parker and Joanne Gozde, and his nephew John Gozde. His light is also carried by Elwira Pisarska and Hania Pisarska.

A private gathering will be held, and those who knew Michael may honour his life as they wish. Condolences, memories, and photos may be shared and viewed here.