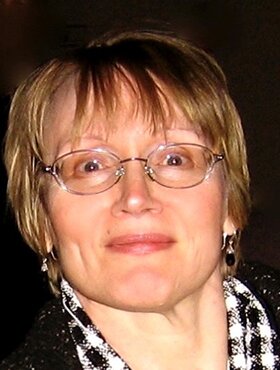 Jean was born in Liverpool, England. At an early age Jean immigrated to the United States to work as a nanny, she later moved to Fort Murray, AB also as a nanny. Eventually, Jean made her way to Calgary, AB, where she met her husband, William McGhee. At age 27, Jean was diagnosed with a progressive form of Multiple Sclerosis. Throughout her battle with MS, Jean kept a positive attitude and never lost her sense of humour. She treated everyone with kindness and respect and was truly an inspiration to everyone that knew her. Jean enjoyed walks through Fish Creek Park. She also enjoyed watching documentaries, mysteries, and never missed a Flames game.

Jean is survived by her daughter Angela McGhee, of Calgary, AB. She is also survived by her brothers, Peter (Edith) Parry of Pitt Meadows B.C., and Alan (Joan) Parry of Liverpool, England, sister-in-law Evelyn McGhee of Northampton, England, as well as numerous nieces, nephews, cousins, and friends in Canada and the UK.

Special thanks to Nicole Doucet, who was Jeans nurse for ten years, also good friend, Erna Poschwatta. The family and friends of Jean would also like to thank the doctors, nurses, and staff of Rocky View General Hospital, who made sure Jean's last moments were comfortable and free of pain.