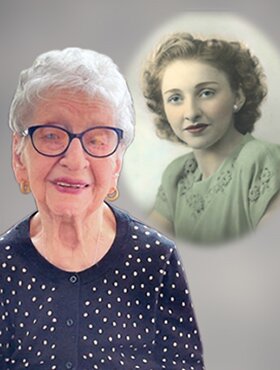 Mary was born in Melita, MB on October 29, 1922. She married Ernie Forsyth, and moved to Kenora ON. After living there a short time, she moved to Brandon, MB then Calgary, AB with four kids in 1969. She worked at the United Cigar Store, then Robert’s Shoes and Mirano Shoes with her long-time friend Amera. Mary retired from work at the young age of 89.

Her most memorable vacation was to Alaska and Hawaii with Ernie. She also enjoyed watching Curling and the Calgary Flames.

The family will be holding a private service at a later date. Condolences, memories, and photos can also be shared and viewed here.

Share Your Memory of
Mary
Upload Your Memory View All Memories
Be the first to upload a memory!
Share A Memory