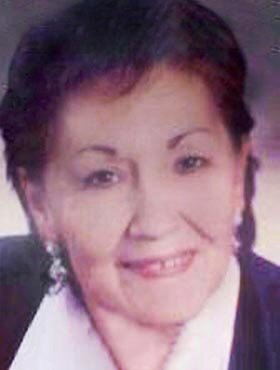 Lynda Geraldine Cockerill (nee Contois) of Calgary, Alberta, passed away on Monday, May 9, 2022 at 74 years of age.

Lynda was born in Grandview, Manitoba on December 9, 1947, grew up in Shortdale, Manitoba & was a proud Red River Métis (Oji-Cree, French, Spanish, & Scottish) of the Anishinaabe People’s. She went to school in Roblin, Manitoba. In 1966 Lynda moved to Russell & then to Roblin, Manitoba where she was married to Ivan Armstrong & had three beautiful children, Brad, Tammy, & Chad. In 1971, she moved to Stewart, British Columbia with her new partner Dave Cockerill & together they had two more beautiful children, Tanis & DJ. She then moved to Fort McMurray, Alberta with Dave in 1974 & raised their family there.

Lynda worked for Native Counselling Services for 30 years & was a youth, family, & criminal court worker, Justice of the Peace, facilitator, supervisor, & a parole officer. She made an accepted proposal to the federal government & because of her The Youth Justice Committee across Canada exists. She was also the family counsellor at the Fellowship Baptist Church & was a Sunday school teacher. She later worked as an addiction’s counsellor for Siksika First Nation.

Lynda won many awards, from Iris Evans the Minister of Children’s Services for her outstanding contribution to family and social services, Fort McMurray Citizen of the Day, & the first-ever judge appointed award, called the “Gerry Bellinger Award” & she was awarded $10,000 dollars along with her photo & biography written in one of the Canadian encyclopedias. She also was the Canadian Indigenous representative for the world Aboriginal conference in Albuquerque, New Mexico in 1991 shortly after she and Dave moved their family to Calgary, Alberta. Lynda won numerous awards for being the amazing human being she was, too many to mention & her family is very proud.

Lynda enjoyed her family very much and was a very devoted mother, grandmother, & great-grandmother. She loved to read predominantly non-fiction, world religions, theology, biographies, psychology, new age, self-help & a book was never far from her. She kept steadfast to scripture her whole life & was adept with the criminal code.

In her younger years, Lynda was an excellent homemaker & cook & her children have fond memories of her delicious recipes. She also had the singing voice of an angel & she loved to sing. Lynda loved to be out in nature & had a passion for painting, sewing, arts, & dancing. She loved music. She was spiritual & was all-inclusive for many different modes of thought. She was a very unbiased, intelligent, & beautiful soul.

Lynda’s most memorable vacation was when she went to Hawaii twice, when she went to Florida, & when she spent much time at either our dad’s trapline south of Fort McMurray or their fishing cabin in remote wilderness in Northern Saskatchewan at McTaggart Lake.

Lynda’s favourite saying was, “Listen to your heart it won’t lead you astray”, and her favourite poem was, The Lord’s Prayer. Lynda’s favourite quotes were, “I alone cannot change the world, but I can cast a stone and make many ripples”; “What is truth?  Truth is the attribute of when the human heart marries the love of God, and the result is passion for your spiritual path”; & “When you start to build your self-worth and redeem your magnificence, the fears go away… you void your fears via your realization of your own self-worth.”  “Love is the most powerful force in the entire universe"; “I accept this recalibration"; & “So, if you are too tired to speak, sit next to me, because I, too, am fluent in silence." She had many quotes, & much wisdom gained from all that she had read.

Lynda’s favourite songs were, “Whispering Hope”, “The Old Rugged Cross”, “Amazing Grace”, “Wind Beneath My Wings”, “Songbird”, & so many more.

She will be most remembered for her great humour, her dedication to her family & work, her love of humanity, and for being a very compassionate soul. She had hundreds of cards for all the help she has provided others in their life's journeys, how she had been a role model and a mentor and an inspiration, & so many heartfelt thanks for how she made a difference in the lives of others, it was overflowing. Thank you for the cards, letters, & very beautiful artwork (overflowing with love).

Lynda’s grandchildren called her Mama, Gram Gram, & Law. She loved every single one of them with all her heart. Lynda will also be remembered for her love for Allan Cummings (fiancé) of Calgary, Alberta at the end of her life, her Calgary Flames hockey watching buddy. Thank you, Al, for being such an invaluable & loving support to our mother & family.

Lynda had many relatives & dear friends. She was loved dearly by all who knew her, she was well respected & well adored. She loved those she befriended & loved those she made family. She was loved by many. She also kicked butt when she needed to & that was an attribute even more admired by her following. She was one tough lady when she had to be.

Share Your Memory of
Lynda
Upload Your Memory View All Memories
Be the first to upload a memory!
Share A Memory