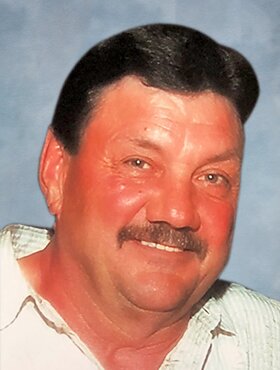 Steve Hagel, beloved husband of Joanne Hagel (nee Altizer), of Rocky View County, AB, passed away peacefully at home, with his family by his side, on Wednesday, May 25, 2022, at the age of 68 years.

Steve was born in Swalwell, AB, on September 2, 1953. He was raised on the family farm in Beiseker, AB, until he moved to Calgary, AB. It was there he met the love of his life Joanne and had two children, Jessy and Amylee. In 1997, Steve, along with his wife Joanne moved to an acreage in Rocky View County, so they could raise their children in the country.

Steve owned a bobcat business and later owned a successful water line replacement company. Steve was also employed by the City of Calgary in Water Services, where he retired in November of 2021.

Family was what mattered most to Steve. He was a loving, caring, and generous husband, father, papa, brother, uncle, and friend. Steve helped many people throughout his life and left an impact on all those who knew him. He loved the outdoors, and camping, and looked forward to his trip to Marco Island, Florida, with his family every May. Steve also loved spending as much time with his family as he could.

Besides his loving wife of thirty-six years Joanne Hagel, Steve is survived by his son Jessy Hagel (Rachel and Riley), his daughter Amylee Hagel (Cole), and his two grandsons, Robert Hagel and Brantley Blaskovits, who meant the world to him. Steve is also survived by his two brothers and sisters-in-law, Doug Hagel (Donna), and Keith Hagel (Beth); two sisters, Rosalie Schwartzenberger, and Delores Hagel; and sister-in-law Susan Hagel. Steve was predeceased by his parents, six brothers, and two sisters.

Steve will be forever loved and always missed.

A Celebration of Steve’s Life will be held at McInnis & Holloway (Chapel of The Bells, 2720 Centre Street North, Calgary, AB), on Monday, June 6, 2022, at 2:00 p.m. Reception to follow in the Hospitality Centre at the Funeral Home. Condolences, memories, and photos may be shared and viewed here.

Share Your Memory of
Steven
Upload Your Memory View All Memories
Be the first to upload a memory!
Share A Memory
Send Flowers