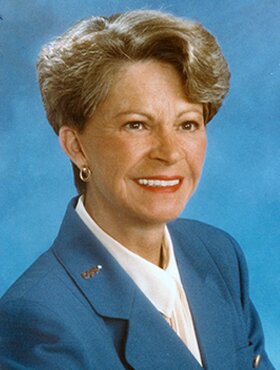 Carol Ann Kraychy of Calgary, AB passed away peacefully on Thursday, May 26, 2022 at the age of 79 years.

Carol was born in Victoria, B.C., to parents, Robert L. and Isabel MacDonald. Carol’s father and all four of his brothers served in various branches of the Canadian military during the second World War. Carol came from a family of four girls: two sets of identical twins and a wonderful brother in the middle. She completed school in Edmonton, then married Paul N. Kraychy in 1963 and moved to Calgary where Paul was employed in the oil and gas industry.

Carol, daughter Pam, and Paul moved to Dallas, Texas, where son Cameron was born. In Dallas, Carol worked for Martin Marietta Corporation, assembling missiles during the Vietnam war. The family returned to Canada to settle in Calgary. Carol felt fortunate to have many opportunities to contribute to her community by serving on boards and volunteer organizations. Carol was a Past President and Chairman of the Board of the Calgary YWCA, Board Member and Chairman of Strathcona Tweedsmuir School, Public Board Member of the Council of Physicians and Surgeons of Alberta for sixteen years, City of Calgary Alderman for two terms, and Board Member of the Calgary Airport Authority for seven years. Later, Carol was involved politically at municipal, provincial and federal levels as an advisor, organizer, and policy developer in a volunteer capacity.

Carol was energetic, outgoing, and known for her communication skills and sharp wit. Her quick humour and laughter always brightened others with a smile. Carol was an avid skier, tennis player, golfer, curler, home decorator and voracious reader. Carol was deeply loved by her family and many friends. She is survived by her best friend, mentor, supporter, and love of her life of 59 years, Paul; daughter Pam McDowell (Don), son Cameron (Kristi); grandsons, James and Parker; and granddaughters, Catherine and Rylie. Carol was predeceased by her twin sister Sharon, brother Bruce, and second set of twin sisters, Margaret and Marilyn.

The family extends their thanks to the staff at Amica Britannia for their kindness and care.

Share Your Memory of
Carol
Upload Your Memory View All Memories
Be the first to upload a memory!
Share A Memory