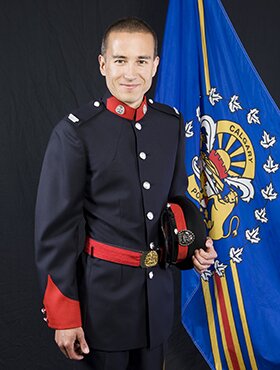 Jason Bramham, beloved son and friend, passed away on Wednesday, June 1, 2022 at the Foothills Medical Centre in Calgary, AB, after battling the H1N9 infection and its complications for more than two years.

Jason was not one to boast about his education. He earned a Bachelor of Mathematics degree, Honours Applied Mathematics, Computer Science Minor, and the Co-operative Program at the University of Waterloo. On the piano, Jason earned a grade eight certificate and a grade 2 theory certificate.

Jason’s most memorable vacation was when he went to Newfoundland to visit family. He also enjoyed his summer trips in Ontario with his mom and dad. He loved that he was able to spend time with them and his friends, exploring his passions of hiking and photography.

Funeral Services will be held at Rockpointe Church Bearspaw (255024 Lochend Road.), on Wednesday, June 8, 2022 at 1:00 p.m. Reception to follow at the church. A Memorial Service will be held in Newmarket, ON at a later date. Condolences, memories, and photos can also be shared and viewed here.