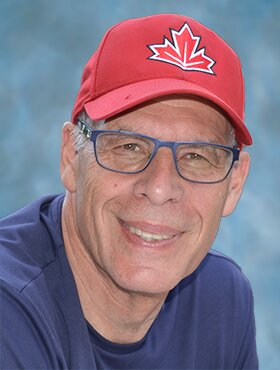 Dr. Taras served as Director of the Graduate Program in communications Studies and Associate Dean Research in the Faculty of General Studies, as well as holding the Ernest
Manning Chair Position in Canadian Studies at the University of Calgary. At Mount Royal University, Dr. Taras would later serve as the Ralph Klein Chair in Media Studies. A prolific scholar, Dr. Taras wrote many impactful works on media, politics, and national unity. Dr. Taras was an expert advisor to the government of Alberta and to the House of Commons’ standing committee on Canadian Heritage.

Dr. Taras was most proud of being the five-time winner of the University of Calgary’s student award for teaching excellence. He also won the 2005 Centennial Medal for his contributions to his community and Alberta. He appeared regularly as a political commentator on the Global News Morning Show for over 20 years and looked forward to each of his opportunities to appear and share his views.

David enjoyed a very rich family life and is survived and lovingly remembered by his wife, Joan and his sons, Joel Taras, Matthew Taras (Victoria Casey); grandson Thaddeus Taras; as well as his stepsons, Matthew Macdonald (Devra Moore); grandson Theodore Macdonald, David Macdonald (Carlyn Stilling) and Asher Macdonald (Brianne Reid). David also very much loved and was loved by his extended family and his many friends and colleagues.

Shiva services will be held at 6 p.m. at Beth Tzedec Synagogue in the Chapel. Memorial tributes may be made directly to the Food Bank or the Canadian Cancer Society.