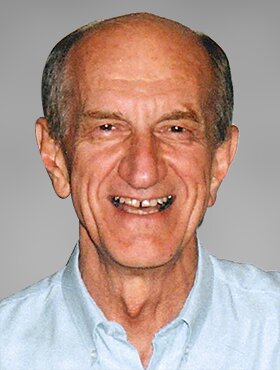 It is with deep love and incredible memories that the family of Donald Hale Fraser announce his passing to his heavenly home on Monday, June 20, 2022.

Don was born in Salem Connecticut. He was a loving man who encouraged others, was a friend to all, and many will remember his smiles, his hugs, and his waves. He put others first and served his Lord with passion. He received his B.A (Gordon College), M.Div (Gordon Divinity School), M.A (McGill University), and D.Min (Princeton Seminary). He received an Honorary Doctorate from McMaster University for his work in encouraging and educating lay people for ministry. He was married to Ruth who was his beloved wife for 69 years. They made Canada their home in 1959. Don and Ruth ministered for many years in Bolivia, which Don loved and considered his second home. He also had ministries in New Brunswick, Ontario, and Alberta.

His absence will be keenly felt by his wife, Ruth, and his children, Janet Porter (Geoff), John Fraser (Sue), and Mark Fraser (Lori). He will also be missed by his grandchildren, great-grandchildren, numerous nieces and nephews, spiritual family, and his many friends. He was predeceased by his parents and his brother Duncan.

A Service of Love and Appreciation for Don’s life will be held at Altadore Church (4304 – 16th Street S.W., Calgary, AB) on Saturday, June 25, 2022, at 10:30 AM. Condolences, memories, and photos can also be shared and viewed at www.McInnisandHolloway.com. If family and friends so desire, memorial gifts may be made to Ministries to Bolivia through Canadian Baptist Ministries (7185 Millcreek Dr, Mississauga, ON, L5N 5R4).