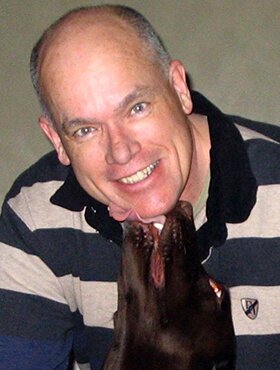 Brian attended the University of New Brunswick in 1976, where he graduated with a bachelor’s degree in Accounting and Business Management. Upon graduating from the University of New Brunswick, Brian moved to Ottawa, ON where he worked for the Canada Revenue Agency. From Ottawa, Brian moved to Calgary, AB, where he would go on to work for the private sector, and later become an Instructor at SAIT – School of Business, developing and delivering business courses. In 1995, Brian continued his education at Nova Southeastern University in Fort Lauderdale, Florida, where he graduated with his Master of Business Administration (M.B.A.).

Brian accomplished much through his life and was particularly proud of the fact that he had retired twice. The first from SAIT – School of Business in 2011, and his most recent retirement from WestJet in 2017. In 2018, Brian became a Whitehat volunteer at the Calgary International Airport where he was once again, close to his WestJet family.

Brian will be most remembered and missed for his kind and gentle way, big hugs, witty sense of humor, and selflessness.