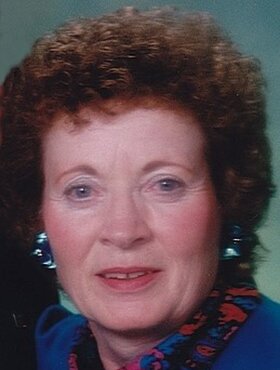 After a 10-year battle with Alzheimer’s disease, Sheila Cassidy passed away peacefully at Bethany Calgary on Friday, July 8, 2022 at the age of 86 years.

Sheila was born on January 13, 1936 in Innisfail, AB. She was raised on the farm and moved to Innisfail when she was 16 years old. Sheila met Mike while working at the Innisfail post office, and they were married in Calgary in 1955. Mike’s job took them throughout Western Canada, living in 54 different towns over the next nine years until they settled in Calgary in 1964.

Sheila was an excellent homemaker and provided a warm and loving home for her family. Sheila helped Mike coach girls softball and was involved in the community. She loved camping, bowling and bingo. She set a good example for her children and grandchildren and taught them to be honest and fair.

Sheila is survived by her three children, David (Donna) of Rosswood, BC, Janet Collins (Bob) of Shawnigan Lake, BC, and Trent of Calgary, AB; three grandchildren; Samantha Cassidy, Chris Collins, Robert Collins; and great-granddaughter Isabell Collins. She is also survived by her sister Aileen Ohlsen; as well as numerous nieces, nephews and extended family. Sheila was predeceased by her loving husband Mike (Lloyd) and her grandson Nick Collins, as well as nine of her siblings and her parents.

The family would like to thank the staff at Bethany Calgary for the care they provided in the last years of Sheila’s life. In particular Shirley Launder, a recreational therapist, who developed a special relationship with Sheila.

A Celebration of Life will be held for both Sheila and Mike in the fall of 2022, details to be announced at a later date. Condolences, memories, and photos can also be shared and viewed at www.mcinnisandholloway.com.