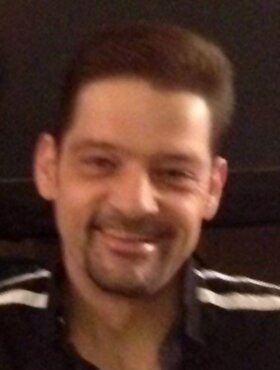 Zachary Zecca, beloved husband of Denise Lynn Zecca (nee Darragh) of Chestermere, Alberta, passed away on Thursday, July 14, 2022, at the age of 53 years.

Zac was born in Calgary on August 5, 1968 and relocated to Chestermere in 2000. Zac and Denise met in 1982 and married in 1991. Thought Zac and Denise never had children, they had 30 years of beloved fur babies. Zac was also the director of, and heavily involved in, the Blackfoot motorcycle park throughout the 90s and made life long friendships with it. Zac graduated from SAIT in 1999 with a degree in Computer Super Tech, a condensed course to address the Y2K issues. With that education, he was able to access the field of Home Automation, which became his passion. Some of his favorite projects included the Stampede Show Home that he programmed, and eventually caring for all the low voltage wiring at YYC, until health conditions stopped Zac from working.

His lifelong love of motorcycles involved 35+ years of riding, and finally on his prized Harley with Denise right beside him on hers. Trips down Kananaskis Trail were common weekend occurrences. Those were his “good days”, and when able, made him so happy.

Zac was predeceased by his father Robert Zecca, and sisters Zandra and Zorina. Besides his loving wife of thirty years, Zac is also survived by his mother Patty and brother-in-law Jim Hopkins, both of Calgary, AB; and his loved nieces and nephews.

A very special thank you to Dr. Garth Mortis of the Sunridge Kidney Clinic, Zac’s good friend and “Doc” for 15+ years.

Share Your Memory of
Zachary
Upload Your Memory View All Memories
Be the first to upload a memory!
Share A Memory
Send Flowers