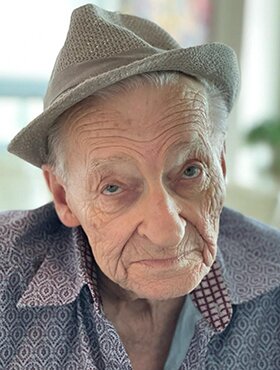 George grew up on his farm near Good Spirit Lake. He graduated from Canora Composite High School and went on to obtain certifications in a variety of programs. Most notably to his chosen field, George obtained his Fourth-Class, Third-Class, and Second-Class Power Engineering Certificates. He was also a Journeyman Refrigeration Mechanic, and he had his interprovincial Red Seal Journeyman Refrigeration Certification.

George was skilled in his trade, which resulted in his having an adventurous life journey. He started his career right out of High School and worked at the Co-op Creamery in Canora. This took him to Minneapolis, where he received a special certification to work on Thermo King products. His work took him next to Swift Current, where he met Marylyn while working as a Steam Engineer at the Swift Current Hospital. They moved to Alsask, Saskatchewan, where George then worked at the Radar Base. His career took him to Pacific Petroleum in Burstall, Saskatchewan, then to HF Clark in Calgary, where he did drafting for pumps, and finally to Fina Oil in Fort McMurray. All of these experiences made him a natural fit to next be the Director of Maintenance for the Red Deer Hospital, but he was an entrepreneur at heart and spent most of his career as the owner and operator of Satellite Mechanical, Blue Bar Mechanical and Ben & Den Murphy Beds.

George had many talents and passions outside of his career. He loved to dance. He was also an exceptional musician. He played several instruments by ear: the accordion, violin, piano, organ, zimbali, guitar, banjo, fiddle, harmonica, and reed. George enjoyed sports and he was an avid curler. He also loved nature, and he really enjoyed feeding and watching the birds, squirrels, and deer at his home in Red Deer. Of all his talents and passions, however, he loved nothing more than to spend time with his family and friends; his children, grandchildren, and great-grandchildren. An iconic memory will be George riding with the kids on his three-wheeled bicycle!

George was predeceased by his loving wife Marylyn, who he married in 1963, his many brothers and sisters, and others who will be glad to see him again. He is survived by his sister Susan Jones and his sister-in-law Jean Kunitski; his son Kevin (Nicole) Kunetzki; his three daughters,  Barb (Roger) Holden, Alicia (Ray) Quesnel and Tamara (Ernie) Sieben, as well as Tammy Fleury and Toscha Doyle (his like-adopted daughters); his grandchildren, Olivia Quesnel, Brandon Holden (Cara McLachlan), Jaret Holden, Jordan Sieben (Jessica Allison), Braden Sieben, Kaylon Sieben, Nolan Kunetzki and Megan Kunetzki, as well as his unofficially adopted grandchildren, Isaiah, Desiree, and Amelia Fleury; his great-grandchildren, Eva and Leo Saricino, Asher and Ella Holden, and Dominick and Brody Sieben; and an incredible number of special cousins, nieces and nephews.