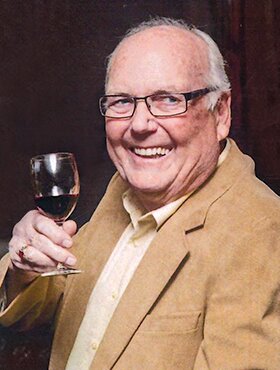 It is with profound sadness that the family of Glenn Gorrell of Calgary, AB announce his passing on Saturday, July 23, 2022 at 91 years of age.

Glenn is survived by his loving wife of over 68 years, Madge (nee Johnson), his children, Lynn (John), Miles (Suzanne), Blaine (Jane) and Leigh; his grandchildren, Jason (Mindy), Kerri (Jeremy), Veronica (Chad), Victoria (Joseph), Evan (Michelle), Tyler (Samantha), Taryn (Rick), Madeline and Katherine (Michael), as well as his thirteen great-grandchildren. He is also survived by many loving in-laws, nieces and nephews. He was predeceased by his parents, Anne and Clifford Gorrell, his sister Jeanne and his son-in-law Paul.

Glenn was born in Pilot Mound, Manitoba in 1930. After graduating from the University of Manitoba with a Bachelor of Science (Agriculture) degree in 1951, Glenn headed west to Edmonton. He met and married Madge in 1954 and over the next five years, they added four children to their family. Glenn enjoyed a successful career in both the provincial and federal public service, the majority of it in Crop Insurance. During the course of his career, the family made homes in various cities across the country before Glenn and Madge finally settled back in Calgary. After retiring, they began spending winters in Mesa, Arizona and for over twenty years Glenn and Madge enjoyed the warm weather and great friendships of their Arizona neighbours.

Glenn was never happier than when he was renovating, refurbishing, fixing or building. He was the proverbial home handyman and there wasn’t a project he wouldn’t take on – finishing a basement, building a patio or deck, installing hardwood floors, and even an occasional vintage Mustang restoration back in the day. Glenn was generous of his time and knowledge, not only to his own children but to his huge extended family (mostly acquired through Madge); as well as friends and anyone who just needed a little help with something.

Glenn was the steadiest ship in any storm and could always be counted on to be the voice of reason for his family and friends as they navigated life’s challenges. He was a mentor, a coach, and a friend to so many people, but his greatest roles were as a husband, dad, and grandpa. He will be missed.

A Celebration of Glenn's Life will be held at McInnis & Holloway (Park Memorial, 5008 Elbow Drive SW, Calgary, AB) on Tuesday, August 9, 2022 at 2:00 p.m. Reception to follow in the Hospitality Centre at the Funeral Home. Condolences, memories, and photos may be shared and viewed here.