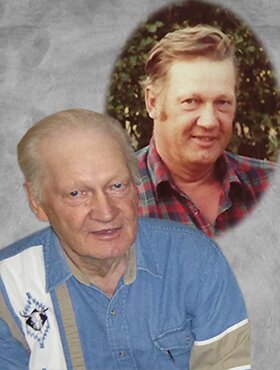 Jack was born on March 14, 1935, in Ponoka, AB. He was the eldest child of Holger "Jack" Petersen and Esther Ritter. He attended Vermillion School of Agriculture and then moved to Calgary to work for his Uncle Fred and build a life for himself. He drove truck, operated heavy equipment, and eventually operated a wide variety of businesses. He always designed his own path in life.

He was married to Nadia Fedor from 1956 to 1976, while raising two children, Alan and Lynn. He enjoyed boating, scuba diving, and water skiing. Later, he went on many trips to Hawaii and the continental USA, as well as a Caribbean cruise, England, Ireland, and Scotland. More recently, he enjoyed going to rodeos and living in the country North-West of Cremona. For the last several years, he was living in Calgary with his caregiver and companion, Tani Slaz.

He is survived by his son and daughter-in-law, Alan and Teena Petersen, and daughter Katrina (Duke Davidson), and son Brandon; his daughter and son-in-law, Lynn and Garry Britton, son Bert Jack “BJ” (Natalie), and daughter Kimberly (Garett Dick). He is also survived by three great-grandchildren, Bridget Davidson, Scott Britton, and Rebecca Britton. He will also be missed by his brother Grant Petersen, his sister Eva Friesen, and their families.

Share Your Memory of
Jack
Upload Your Memory View All Memories
Be the first to upload a memory!
Share A Memory