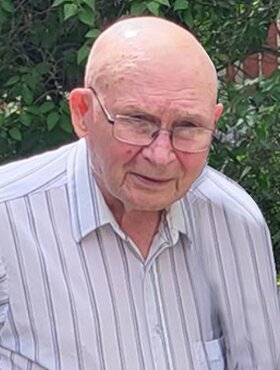 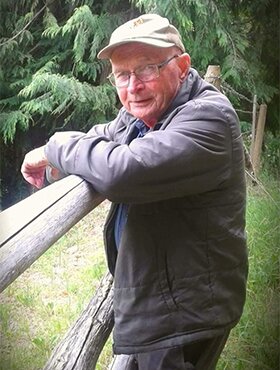 Clarence Harpe of Airdire, AB, formerly of Pritchard BC, passed away on Sunday, August 7, 2022 at the age of 89 years.

Clarence lived his early years in Pikwitonei and moved to The Pas at the age of 18. He met his wife Elizabeth “Betty” Wurtak during his time working in Flin Flon, MB. They started their family and moved numerous times throughout his career with CN. They settled in Pritchard and enjoyed their retirement in 1993.

He is survived by his sister Bernice “Bunny” Hilton of The Pas MB; his children Pam (Joe), Sharon (Les), John (Sam), Tina, and Jordon (Lisa); twelve grandchildren, seventeen great-grandchildren; one great-great-grandchild; and his sisters-in-law, Eva Gould, Merle Paulmartin and Kay Harpe. Clarence was predeceased by his wife of 51 years Betty in 2005; his long-time companion Shirley Chrysler in 2014, and ten siblings.

A memorial will be held in Pritchard BC later with details still to be determined. Condolences, memories and photos may be shared and viewed here.

Share Your Memory of
Clarence
Upload Your Memory View All Memories
Be the first to upload a memory!
Share A Memory
Send Flowers