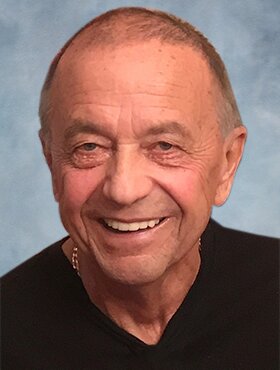 Sante was born in Acquasanta Terme, Italy on February 22, 1950. He was the son of the late Archemio and Carmine (Vespa) Giorgi. In 1968, he immigrated to Calgary, AB, Canada, where he later married Carla Volpi in 1974 and they started a family. Sante became a sheet metal mechanic and was co-owner of Zodiac Sheet Metal Ltd. for over 30 years. Through dedication and hard work, he achieved professional and personal success.

He loved to travel and was an exceptional cook, pouring love into every dish he prepared. Sante was a fan of sports cars and F1 races, and always enjoyed watching a good Italian soccer match. He will be most remembered for his generosity, and love for his grandchildren.

Funeral Mass will be celebrated at Corpus Christi Catholic Church (Corner of 4th Street & Northmount Drive N.W., Calgary, AB) on Wednesday, August 31, 2022, at 11:00 a.m. Reception to follow at the Italian Club (416 1 Ave NE, Calgary, AB). Condolences, memories, and photos may be shared and viewed at www.McInnisandHolloway.com.

Share Your Memory of
Sante
Upload Your Memory View All Memories
Be the first to upload a memory!
Share A Memory
Send Flowers