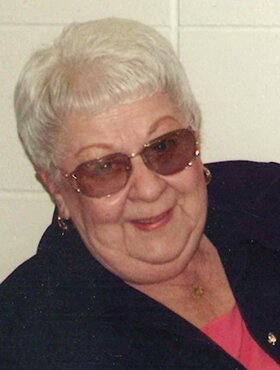 Gladys’s interests were golfing, knitting, crocheting, and travelling. She has gone on many cruises throughout the Caribbean and Mediterranean, as well as visited other countries.

Gladys was predeceased by her husband, Sigfus Arnfinson of Victoria, BC; her daughter, Jacqueline Thomson of Kelowna, BC; two sisters, Hilda Moller of Killam, AB, and Lilian Stenson of Edmonton, AB; and her two brothers, Lawrence Tabler of Forestburg, AB, and Alfred Tabler of Edmonton, AB.