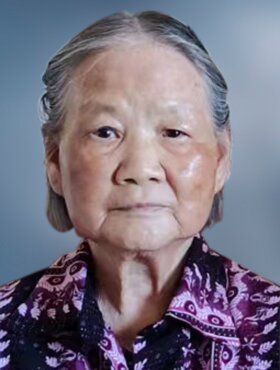 Tu Anh was born in Móng Cái, Vietnam, on September 2, 1936. She married An Tran in October 1956. Her family of nine immigrated to Canada, moving to Lacombe, AB, in October of 1979, and finally settling in Calgary, AB, In 1994. She accomplished much through her life and was particularly proud of bringing her whole family over to Canada. Tu Anh enjoyed watching Chinese dramas and loved to work in her garden. She takes pride in growing her own vegetables and sharing the harvest with her family.

Tu Anh seldom traveled but her most memorable vacation was when she visited England, Germany, Switzerland, and Sweden in one trip.  She reunited with her cousin and auntie. Tu Anh’s favourite saying was “ripe fruits will eventually fall”. She will be most remembered for her selflessness.

Those wishing to pay their respects may do so at McInnis & Holloway (Chapel of The Bells, 2720 Centre Street North, Calgary, AB) on Saturday, August 27, 2022, from 6:30 p.m. to 9:30 a.m. Graveside Service to follow at Queen’s Park Cemetery at 10:00 a.m. Reception to follow off-site. Condolences, memories, and photos may be shared and viewed here.

Share Your Memory of
Tu Anh
Upload Your Memory View All Memories
Be the first to upload a memory!
Share A Memory
Send Flowers