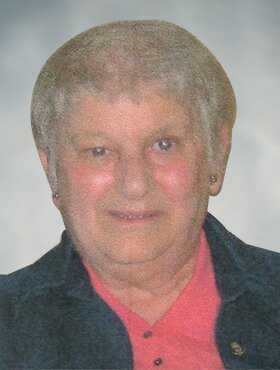 Judy met Richard at Central High School, they were married on September 10, 1965, and welcomed their only son Michael on March 1, 1973.

Judy’s favourite place to spend time was the family cabin in Sylvan Lake. She spent many summers as a child growing up at the cabin and in later years with her son Michael. Judy was a very good athlete and excelled in Badminton, Curling, and Golf. She remained active up until a few years ago and always enjoyed following the Calgary Flames. Judy’s two strongest traits in life were her positivity and her interest in keeping in touch with old friends, always remembering birthdays and anniversaries.

Besides her loving husband Richard, Judy is survived by her sister Linda, her granddaughter Kayla as well as numerous nieces, nephews, and cousins.

Judy was predeceased by her son Michael Beavers, her brother Bob, and her parents, Ed and Eva Gooder.

A Private Family Service will be held.  Condolences, memories, and photos can also be shared and viewed here.

Share Your Memory of
Judy
Upload Your Memory View All Memories
Be the first to upload a memory!
Share A Memory
Send Flowers