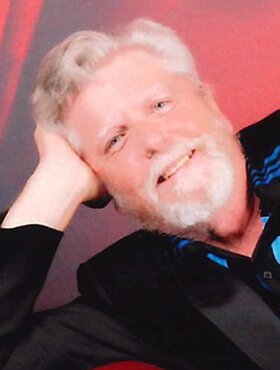 With sadness, we announce the peaceful passing of Larry Patrick Cox, of Calgary, AB, on Sunday, September 4, 2022, at the age of 69 years, after a lengthy illness at the Dulcina Hospice.

Larry was born in Winnipeg, MB. His formative years were filled with multiple moves and a new school each year. In his twenties, he met his former wife, Virginia, and had three children, Michael, Adam, and Wendy. Many happy memories and adventures were made while living in Calgary, Hinton, and Blackfalds, AB. Larry was involved in the Independent Order of Foresters (IOF) in Red Deer & Calgary and rose to the rank of Chief Ranger in Calgary. The family enjoyed many years of volunteering and family events with the IOF. Larry earned his CGA accounting degree in 1988 and eventually opened his own business.

The family would like to thank the many friends that stopped in at the hospice to help fill the hours with a visit and of course, to play Crib, Crib Wars, and/or Spite and Malice. Larry has shared his love of playing cards with many visitors and staff at the hospice.

The family is forever grateful for the support that our amazing family and friends have given us during Larry’s illness and especially during the final months.

The family would like to thank the amazing staff at Dulcina Hospice, for the excellent love, care, and support that you have given Larry and us.  Thank you for keeping Larry comfortable during his final days.

Funeral Mass will be celebrated at Ascension Catholic Parish (1100 Berkshire Boulevard N.W., Calgary, AB) on Friday, September 30, 2022, at 11:00 a.m. Reception to follow in the Church Hall. Condolences, memories, and photos may be shared and viewed here.

The family has requested no flowers. In lieu of flowers, if you wish memorial tributes may be made directly to Dulcina Hospice, 110 Evanspark Manor N.W., Calgary, AB, T3P 0N4, Telephone: 587-230-5500 or a charity of one’s choice.