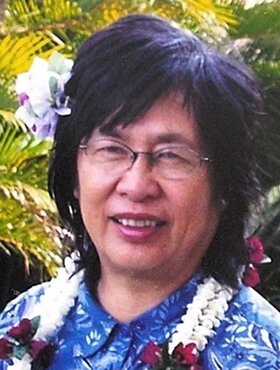 Marian Mah (nee Louie), beloved wife of Forster Mah, of Calgary, AB, passed away on Sunday, September 4, 2022, at the age of 84 years, at Victoria General Hospital, in Victoria, BC, after falling ill due to complications from a thyroid mass, while on a trip with her husband Forster.

Born in Vancouver, BC, Marian was the eldest girl, with two older brothers and five younger brothers, until the three youngest sisters were born. Their family lived in Vancouver before moving to Calgary in 1953. The older siblings helped raise the younger siblings.

Marian worked as a secretary until she married Forster on June 15, 1958. While raising her own family of four children, she helped with family businesses and property management. Marian was a calm, caring, generous, kind, and considerate woman. She was a devoted wife, mother, and sister. Family was always a priority. Some of the most memorable moments with Marian were her large family dinners. Always open to hosting and never complaining, she gathered family and friends together with her weekly Sunday dinners. The mood was always warm and inviting with a buffet of delicious home-cooked food. She emphasized healthy eating and became a vegetarian. She enjoyed her brown rice and stressed the importance of 'no chemicals' and organic produce. Always welcoming visitors, Marian and Forster's home was nicknamed 'Mah-tel', and family could always count on a place to stay. Important to her was spending time with all fourteen of her grandchildren. Many precious memories were made as Marian and Forster travelled extensively as a couple, with the whole Mah clan, and with her sisters. Her favourite place, other than home, was Hawaii and Richmond, BC.