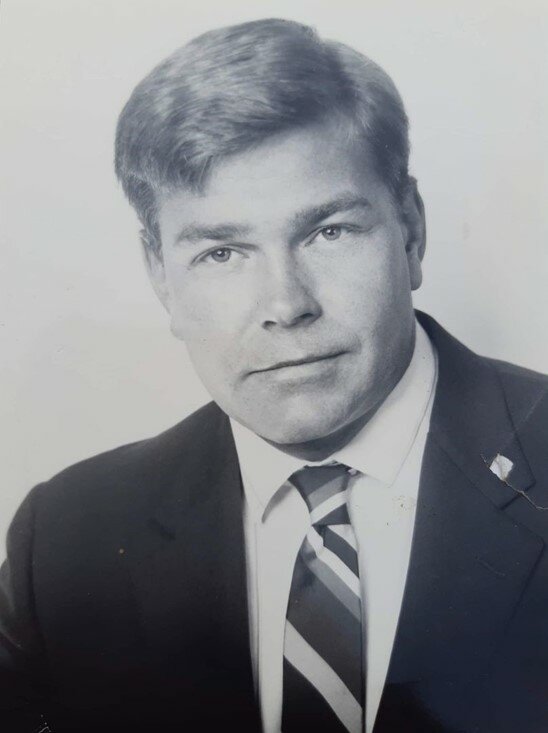 My heartfelt sadness to learn of John’s passing.

My sincere condolences Angela, to you, your children and extended family.

I met John in Sept of 1973 (can’t believe that was 49 years ago). I had just turned 15 and we met at the South Family YMCA where we were both in a club together. We later found we were in the same Grade 10 English literature class with Mr Iverson. We became good friends and one special memory was going to my first ever concert Three Dog Night with John. Though we had a falling out that lasted through grade 11, all was well again when a couple friends and I played on John’s Powder Puff Football team he was coaching with a friend. He coached us to a win against the teachers which was lots of fun. After university I only saw John a handful of times at high school reunions and gatherings with friends. He was passionate about his work and always spoke fondly of you Angie and his children. He will be missed dearly by his family and friends. May he Rest In Peace now.

My sincere condolences to all the families. Brian and I were close friends and I spent a lot of time at the Myer’s household and got to know the family well including John. I was saddened to here of his passing. May he Rest In Peace. Thinking of you all.

Angela and Family; I will always remember John’s quick wit and sense of humour! He easily could have been a Western TV Star in the Sixties....the reluctant hero..! I was always Happy to see Him and share our stories. He was/is so Proud of his Children and Wife...all blessed with strength and a deep sense of perseverance. I am so blessed to have known him(never a dull moment), and honoured to see him earlier this week! Journey on John....!