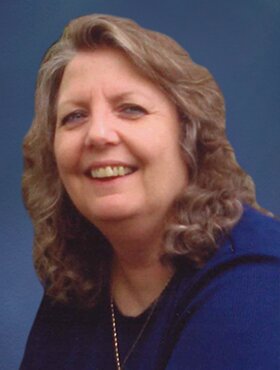 Kimberley “Kim” Dawn Mullin of Calgary, AB passed away peacefully on Thursday, September 8, 2022 at the age of 62 years.

Kim was born in Boissevain, MB on October 2, 1959. She moved with her family to Calgary, AB at the age of two. The youngest of five, Kim was the only girl and the apple of everyone’s eye. Kim was known for her smile and light, she never complained and simply enjoyed life.

After graduating high school in 1977, Kim attended the University of Calgary, enrolling in the engineering program.  At the age of eighteen, Kim was diagnosed with MS. Not one to let things keep her down, Kim left the U of C after her first year and began her 20+ year career with Canada Trust and later TD Canada Trust.  A well-respected loans officer, Kim always went above and beyond for her clients.

In addition to a successful career, Kim was an extremely talented potter. Nothing gave her more pleasure than watching a creation come out of the kiln. Sports of all kinds were a life-long passion for Kim. She was an avid fan of the Calgary Stampeders, Calgary Flames and the Toronto Blue Jays, in addition to many other teams. Kim rarely missed a game - often watching multiple events at once.

Kim is survived by her brothers, Terry Mullin (Christine) of Calgary and Ian Mullin (Joan) of Whitehorse; sister-in-laws, Nancy Mullin of Summerland, Carole Mullin of Whitehorse and Ute Mullin of Calgary; as well as numerous nieces, nephews, cousins and friends. Kim is predeceased by her parents, Henry and Gertie Mullin; her partner Bruce Lishman; and brothers, Arnold Mullin, Allan Mullin and Birkett Mullin.

In lieu of flowers a donation can be made to the Multiple Sclerosis Society of Canada.

Kim's Celebration of Life will be held at McInnis & Holloway (Heritage, 1708, 16th Avenue N, across from the North Hill Shopping Centre, Calgary, AB) on Saturday, October 8, 2022, at 1:00 p.m. Reception to follow in the Hospitality Centre at the Funeral Home. Condolences, memories, and photos may be shared and viewed at www.McInnisandHolloway.com.

Share Your Memory of
Kimberley
Upload Your Memory View All Memories
Be the first to upload a memory!
Share A Memory