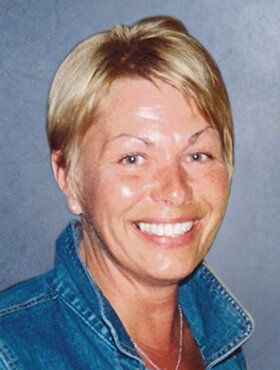 Shirley attended a one-room school in Pine View, MB, for grade one, and when schools were consolidated, she was bused to Fork River and later to Winnipegosis for high school. She attended Success Angus Commercial College where she trained as an executive assistant.

Shirley had a very diverse working career. She began at Pitfield McKay Ross as an executive assistant, then transitioned to Sales Assistant at Dominion Securities after completing the Canadian Securities Course. In 1985, pursuing her love of the outdoors, she moved to Flin Flon, MB, where she worked many jobs including Romik Communications and Hudson’s Bay Mining and Smelting. She partnered in the “Gallery Under the Stairs”, which promoted artists of northern MB and SK, and owned her own fleet of hot dog carts known as “Sizzling Franks”. She operated a fashion jewelry business; she was a life skills trainer and was involved with the Special Olympics.

She met her long-time partner, Bill Cardell in Flin Flon and after a life of outdoor activities, they moved to Calgary in 1995. Bill passed in 2004. His children and grandchildren fondly remember Shirley. Shirley made many good friends working in retail sales at Leon’s for five years and then for eighteen years at Sleep Country Canada.

She met Kim Gibson in 2005 and they married in the spring of 2006. They had happy years of travel, enjoying dear friends, and trips to Mexico and the United States.

Shirley excelled at painting, gardening, and interior decorating. She would be the first to say, “I have had the time of my life”.

Shirley was born in Dauphin, MB. She was the fourth daughter of Helen and Joseph Cottick. Besides her husband Kim, she is survived by her mother Helen Cottick, stepchildren, Kyle (Misty), Cory (Katie), and Mitchel (Gabrielle Roberge); her grandchildren, Karter, Brock, Meadow, Isla and Zoé. She is also survived by her siblings, Florine (Emiel) Dahms of Gimli, MB, Mary (Leo) Seniuk of Winnipeg, MB, Joe (Cindy) Cottick of Fork River, MB, Dean (Gwen Hryhoruk) of Dauphin, MB, and Glen (Judy) Cottick of Winnipeg, MB; as well as numerous nieces and nephews residing in Manitoba. Shirley was predeceased by her long-time partner Bill Cardell, father Joseph, her sister Judy (Giuseppe) Filleti, and nephew Reid Cottick.

Funeral Services will be held at McInnis & Holloway (Chapel of the Bells, 2720 Centre Street North, Calgary, AB), on Friday, September 30, 2022, at 2:00 p.m. Reception to follow in the Hospitality Centre at the Funeral. Condolences, memories, and photos may be shared and viewed here.