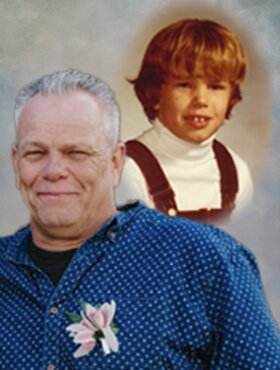 Robert “Rob” Odegnal, beloved partner of Ali and loving son of Myrna, passed away suddenly on Saturday, September 24, 2022, at the age of 54 years.

He was born June 5, 1968 in Calgary, AB to Myrna Taylor and Julius Odegnal. He is survived by his mother, sister Michele (Clare), brother Dave, partner Ali and sons, Austin and Mike. He was predeceased by his Father. Rob was also like a father for many years to Ali’s children, Carissa (Paul) and Sierra. Rob loved his animals, Harley, Tucker, Lucy, Gizmo, and his recently departed puppy Ellie.

Rob enjoyed spending time outside in his backyard, cooking or baking and cracking a cold beer. Rob worked at Calgary Co-op for 31 years, eventually becoming a grocery supervisor and friend to many Co-op employees. Rob was always one to put others first, being there when you needed him the most. He was loved and known by many.

Rob was not one to like being celebrated but we would like to have a day to reflect and have a beer in Rob’s memory. His Celebration of Life will be held at the Glenbrook Community Centre (3524, 45 St SW, Calgary, AB) on Monday, October 17, 2022, from 2:00 to 4:00 p.m. Condolences, memories, and photos can also be shared and viewed here.