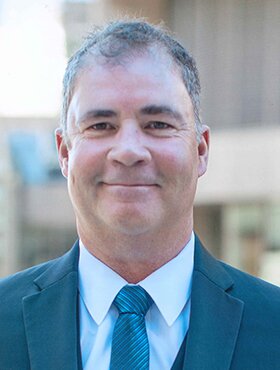 Mike Cooper, beloved husband of Rochel Aviola Cooper, of Calgary, AB, passed away on Sunday, September 25,
2022, at the age of 61 years.

Mike was born in Ajax, ON, on February 12, 1961. He moved to Calgary, AB, in 1991. Mike graduated from George Brown College Toronto with a diploma in carpentry and then his Certificate of Apprenticeship in 1988. Mike went on to achieve his Certificate of Qualification for General Carpentry and Red Seal Certification the same year. Later, he also achieved his Red Seal Boiler ticket.

Mike married Rochel in September 12, 2015. He was a proud member of the United Brotherhood of Carpenters and Joiners of America and the Alberta Regional Council of Carpenters and Allied Workers. Additionally, Mike joined the Brotherhood in Port Hope, ON in 1985. Mike was a member of the Local 2103 as an organizer then a Business Agent and Treasurer starting in 2002 in Alberta. Which he was most proud to serve with honour and distinction.

Mike accomplished much through his life and was particularly proud of beloved wife Rochel and son Daniele. His position in the union and being a tradesman in carpentry. Mike enjoyed golfing, camping and the outdoors, and his crazy obsession with the Philadelphia Flyers. He loved helping people and was very generous with his time and talents. Mike’s most memorable vacations were when he spent time with his family and friends, whether it was camping or traveling to exotic destinations. Mike’s favourite band was Van Halen and he was doing karaoke the day before his passing rocking out to his favorite tunes.

Besides his loving wife Rochel, Mike is survived by his son Daniele whom he was most proud. Mike also enjoyed a close relationship with all his nieces and nephews. He is also survived by his mother Carol Gabourie Cooper; his brothers, David Cooper, Chris Cooper, Gary Cooper; his sisters, Suzanne Cooper and Michelle Anstey; sisters-in-law, Mary Cooper, Hope Cooper, and brother-in-law Gary Anstey. Additionally, all of his aunts, uncles, cousins and close friends and colleagues too many to name. Mike was predeceased by his father William Joseph Cooper.

Funeral Services will be held at McInnis & Holloway (Fish Creek, 14441 Bannister Road SE, Calgary, AB) on Saturday, October 1, 2022, at 2:00 p.m. Reception to follow in the Hospitality Centre at the Funeral Home. Family and friends who are unable to attend in person are invited to join Mr. Cooper's service streamed live (see below) on the day of the service. For those who are unable to view live, a recording of the service will be posted. Condolences, memories, and photos can also be shared and viewed here.

Share Your Memory of
Mike
Upload Your Memory View All Memories
Be the first to upload a memory!
Share A Memory
Send Flowers