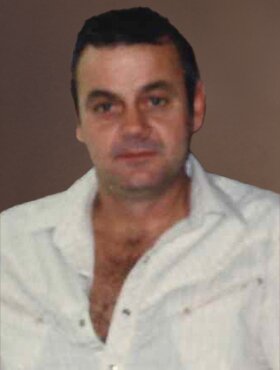 Dale Chalmers, beloved husband of the late Kathleen Chalmers, of Calgary, AB, passed away on Tuesday, September 27, 2022 at the age of 80 years.

Dale was born in Calgary, AB, on October 1, 1941 to Norman and Meda (Bell) Chalmers. Dale spent his 20s and 30s working as a shooter for various seismic companies from the US border to north of the North Pole. He began a water hauling business, Dale’s Trucking, in 1982 which he continued until retirement. Dale was an avid horseman and hobby farmer on his acreage on the western outskirts of Calgary, raising everything from cows and pigs to chicken and geese. A constant tinkerer, there was never a project too big for Dale and he never hesitated to pitch in when needed. Dale was a natural storyteller and a friendly conversationalist to all he met, affectionately known around the community as “Farmer Dale”.

Dale is survived by his sons, Zachary and Joshua and his daughter Crystal (Leif), and their three sons, Hustin, Thor and Gunnar, as well as his sister Dianne (Wilf) Reid. He was predeceased by his wife Kathleen, his ex-wife Shirley, his brother Bruce (Winona) and his sister Norma Jean (Paul).

Share Your Memory of
Dale
Upload Your Memory View All Memories
Be the first to upload a memory!
Share A Memory