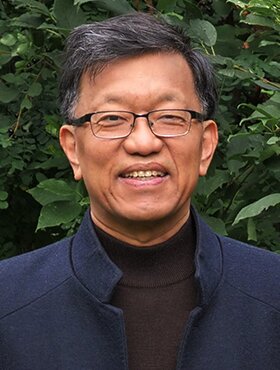 Xiao Jie Yang, of Calgary, AB, a beloved husband of E-Mei Wang, and beloved father of two, passed away on Thursday, October 13, 2022, following a lengthy battle with cancer at the age of 63. Just like he dealt with all experiences in life, Xiao Jie managed his illness with strength, courage, and grace. On his final day, he was surrounded by his family, whom he adored more than anything else in the world.

Xiao Jie was born to parents Wenxun Yang and Xiuying Zhang, on July 14, 1959, in Tianjin, China. Xiao Jie graduated with a Bachelor of Arts in Japanese from Beijing University in 1982 and received his Doctor of Letters from Kyoto University in 1989, focused on classical Japanese literature. Xiao Jie married the love of his life, E-Mei Wang, in 1988, and together in 1990, immigrated to Canada where he spent the next thirty-two years in education and research for the University of Calgary. His research focused on the modernizing and digitization of classical Japanese literature, Emakimono (painted handscrolls), and medieval military literature. Xiao Jie has achieved countless accolades throughout his career. This includes creating an international partnership with Japanese Universities to create a cultural immersion program with the University of Calgary in 2005; he was the recipient of the “Award for Leadership in Internationalization” from the University of Calgary in 2014; authoring several books and many research papers, including a book that is scheduled to be released in November 2022; proudly being a recipient of the “Order of the Rising Sun” award in 2016 from the Government of Japan for enabling further mutual understanding between Japan and Canada through his contributions to Japanese language studies, which Xiao Jie has expressed a great honor in receiving; and finally, the “Best Father and Husband Ever”, awarded to him by his loving family.

Xiao Jie is known to wear many “hats” throughout his life. He was the “dad-chef”, often exploring and creating his own recipes for his family to try. He was a “dad-woodworker”, building stools, shelves, and cabinets for the family. He was the “tech-dad”, as he loved exploring technology, most recently doing videography on a drone. He was also the “Japan-dad”, as he loved taking his wife to explore different scenes, cities, and attractions in Japan. He was the “dad-coach”, as he taught his son badminton and tennis, and was also the “dad-traveler” as the many countries that Xiao Jie has set foot in have inspired his daughter to fall in love with sightseeing the world. When not wearing any hats, Xiao Jie was known to love reading books, having collected a “small library” of Japanese history and literature, and even more titles in digital format. Xiao Jie loved taking photos of moments to share with everyone, he chronologized every family moment and frequently made slideshows to present during family gatherings. Xiao Jie loved perfecting his Chinese calligraphy through classical poetry and writing his own poems. Xiao Jie’s favorite sport is Tennis and would often spend hours a day enjoying the sport with his friends.

Xiao Jie simply would not consider retirement, as he felt such immense joy from teaching his students. Each one of his students could share a story of their interaction with Xiao Jie, and how he made a positive and lasting impression in their life. Xiao Jie had an amazing curiosity for life and enjoyed every moment with his infectious smile, calm nature, and bright optimism.

Xiao Jie will be lovingly remembered by his wife E-Mei, son Dylan (Janet and future grandson), daughter Catrin (Brandon), sister Qiujie, mother Xiuying, and father Wenxun. He will be dearly missed by his students, friends, and colleagues.

The family thanks all for their condolences and thoughts during this difficult time. Xiao Jie will be missed dearly and will never be forgotten.

A Celebration of Life will be held at McInnis & Holloway (Chapel of The Bells, 2720 Centre Street North, Calgary, AB), on Friday, October 21, 2022, at 1:00 p.m. Family and friends who are unable to attend in person are invited to join Mr. Yang’s service, streamed live (see below), on the day of the service. For those who are unable to view live, a recording of the service will be posted. Condolences, memories, and photos can also be shared and viewed here. If friends so desire, memorial tributes may be made directly to the Alberta Cancer Foundation, c/o Tom Baker Cancer Centre, 1331 - 29 Street N.W., Calgary, AB T2N 4N2 Telephone: 1 (866) 412-4222.  www.albertacancer.ca/memorial.

Share Your Memory of
Xiao Jie
Upload Your Memory View All Memories
Be the first to upload a memory!
Share A Memory
Send Flowers